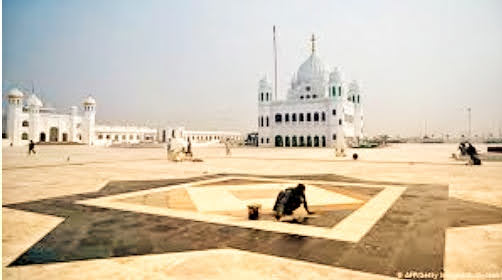 It has been announced by the Shah Mahmood Qureshi who is the Foreign minister of Pakistan that they are ready to reopen the Corridors of Gurudwara Kartarpur sahib for the pilgrims on June 29th’2020. Because of the prevailing pandemic disease coronavirus, the door of this holy pilgrimage was closed in March to stop the spreading of Covid-19. Now, across all over the world the doors of all the worship places has already been opened for the public so now Pakistan has taken a decision and declared that on the occasion of the death anniversary of Maharaja Ranjeet Singh which falls on June 27, the Islamabad has decided to reopen the corridor.

Pakistan has also conveyed the message to India to make sure that all the necessary precautions should be adopted whosoever wants to visit the Gurudwara to seek the blessings. They have also told India to work out on necessary standing operating procedures to ensure that every individual follows the health guidelines. Kartarpur Sahib gurudwara is situated in Pakistan’s narrow district which is connected with the river Ravi which is been four kilometres away from the Dera Baba Nanak shrine. As per the Sikh history, Guru Nanak Devji is also known as a Baba Nanak who was the founder of Sikhism and is the first of the ten Sikh gurus who had almost spent the last 18 years of his life at this place i.e. Kartarpur.

Foreign minister Qureshi said that the corridor of Kartarpur sahib denotes the symbol of peace and religious harmony. Also, this landmark has been praised to a great extent by the Sikh community all over the world. It was declared that for the pilgrims who have the utmost faith in Sikhism has to undertake round the year visa-free travel to visit this beautiful holy shrine to seek the blessings. Health officials of Punjab told that people residing in Pakistan have also access to visit this holy shrine so there was a chance of risk that some of the infected individuals can transfer the virus to Indian pilgrims visiting the Kartarpur sahib. During the march, more than 3000 pilgrims had visited the Kartarpur Sahib after crossing over from the Dera Baba.