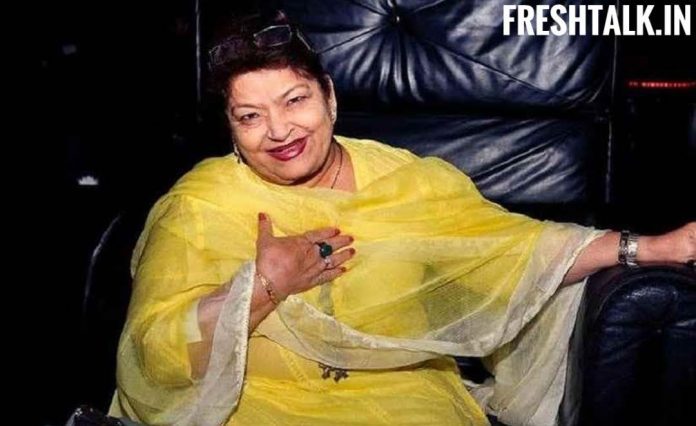 Several political leaders along with Bollywood stars took to social media for expressing their grief and their hearty condolences for the demise of the Bollywood’s ‘Masterji’ – “Saroj Khan” who left to heaven on Friday 3rd July 2020.

Union Information and the Broadcasting Minister ‘Prakash Javadekar’ called the Legendary choreographer the “genius choreographer who engaged in her work wholeheartedly and entertained everyone’.

“Saroj Khan was a genius Choreographer, who impressed & entertained all with her iconic work. Shocked to know about her demise. A big loss to the film industry. Condolences to her family, friends & fans. Om Shanti. #RIPSarojKhan #Legend” tweeted Javadekar on Friday.

Union Minister Jeetendra Singh also expressed his condolences over the death of her, he tweeted, “Saddened to hear of the demise of #SarojKhan. She was the one who institutionalised choreography in Indian Cinema.”

Amitabh Bachchan mourned for Saroj Khan and wrote about her on his Instagram. Check it here.

Khan was admitted to a hospital in Mumbai last month for breathing issues and died on Friday morning. She was 71 years old.
Saroj khan died due to cardiac arrest in the ICU in the Guru Nanak Hospital, where she was admitted on June 20.
The last rites of Saroj Khan are to be performed at Malvani in Malad, Mumbai.