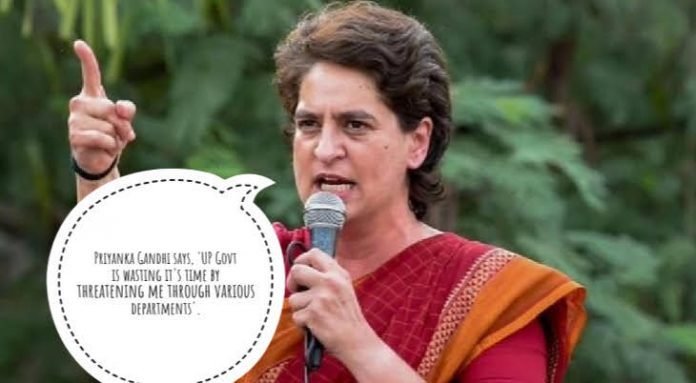 The UPCPCR on Thursday had issued a notice to Priyanka, which demands a corrigendum about her Facebook post regarding Kanpur shelter home case where two girls were found pregnant at the child shelter and claiming that the government is veiling such facts under the name of investigation at such facilities. And as per the notice strict actions are to be taken if she does not issue her corrigendum in the time provided.

On Friday Priyanka Gandhi Vadra claimed that Chief Minister Yogi Adityanath-led government is wasting its time by threatening her through various departments. In her public comment, she said, “As a public servant my duty is towards the people of Uttar Pradesh and to put forward the truth before them. No government propaganda is to be put forward. The UP government is wasting its time by threatening me through its various departments”.”They can do whatever action they want, I will keep putting forth the truth. I am Indira Gandhi’s granddaughter not an undeclared BJP spokesperson like some of the opposition leaders,” she added.

Recently in the week, Priyanka Gandhi launched an attacked on the Uttar Pradesh government over the “high” COVID-19 mortality rate in Agra and on other issues related to the state government’s way of handling the pandemic.