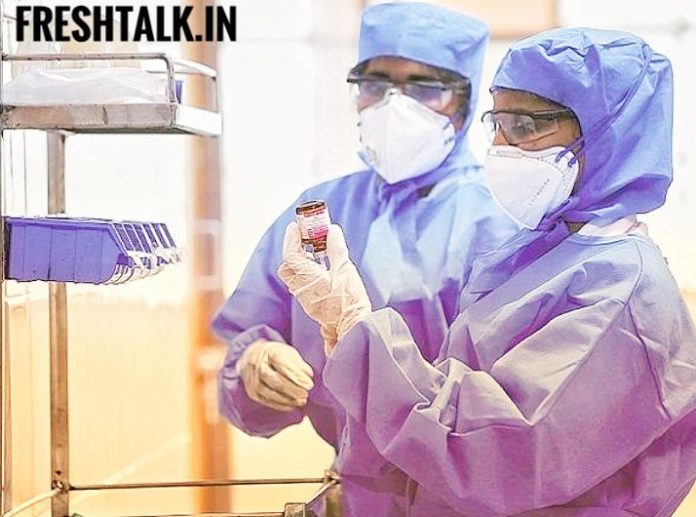 The frontline health workers, fighting the novel Coronavirus like warriors, are now facing another challenge. The Resident Doctors’ Association of Kasturba Gandhi Hospital, New Delhi threatened to tender their mass resignation by 16 June if they are not paid their salaries.

The Hospital’s health care workers under the North MCD ( North Municipal Corporation ) claim that they have not been paid salaries since March 2020. In a letter to the Additional Medical Superintendent of the Hospital, the association said, “This is to inform that the resident doctors have not been paid their salaries for the last three months. No pay, no work. We are afraid that if we are not be paid by June 16, we will have to move for mass resignations”.

In addition to risking their lives to fight the Coronavirus, they complained that they are not able to pay rent, travel expenses, or buy essential commodities, because of not being paid salaries since March 2020.

The letter sought for salaries “as soon as possible” and also an assurance that the regular salaries will be paid on time hereafter. The letter was signed by the Association’s General Secretary, Dr Ratnesh Kumar Singh. The letter also expressed hope that this issue will be made a priority and sorted out with necessary action by the concerned authorities. Failing to fulfil by 16 June, the doctors have threatened a mass resignation.

This issue has not appeared for the first time. Earlier, in May, MCD Doctor’s Association had taken to the commissioner, seeking involvement over non-payment of salary to the health workers. Even earlier, the MCD Mayors had demanded CM Arvind Kejriwal to release due funds and wrote over the pending salaries of doctors, nurses, and paramedical staffers.