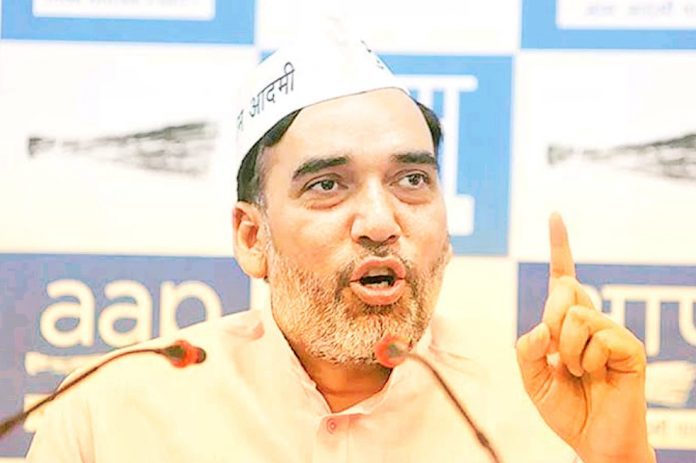 Aam Admi Party (AAP) is an Indian political party, formally launched on 26th November 2012 and is currently the ruling party of National Capital Territory of Delhi. Gopal Rai is one of the senior leaders of AAP who is Delhi’s Environment minister and also a social activist. Along with this, he is also a member of the Political Affairs Committee of AAP.

On 4th August, Tuesday, senior minister Gopal Rai said that AAP will restructure Delhi Unit at Assembly, district, ward, polling station and booth level. This process is undertaken with keeping an eye on the 2022 municipal polls in the city. AAP’s Delhi convener-Gopal Rai said that the restructuring will begin from Wednesday and will continue till August 20.

According to senior minister, Gopal Rai, “The party will give new responsibilities to those who performed well in the assembly elections held earlier this year. A 15-day restructuring exercise will start from Wednesday. The restructuring at district, assembly, ward, polling station and booth level also aims to strengthen the organisation. We will review the works of our leaders at these five levels and then, the party will make a decision. Those who have done good work during the Covid-19 pandemic will also be considered for new responsibilities.”