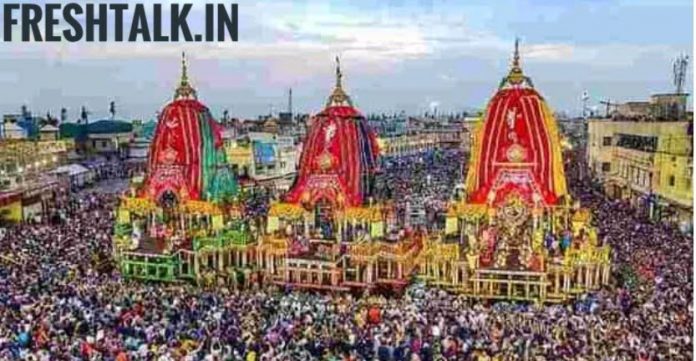 Verdict for the permission to open the annual Rath Yatra at the Jagannath Puri temple in Odisha has been given out by the Supreme court. One small modification of five-day-old direction that had barred the festival has been done.

The court proceedings were led by Chief Justice S.A. Bobde and comprising Justices A.S. Bopanna and Dinesh Maheshwari. This urgent hearing was needed after the central government allowed this golden time tradition and appealed to modify and rectify the permit.

Over the video conferencing call, Justice Bobde presided over the bench from his residence in Nagpur. The weekend was hurdled up with 18 modification applications, were on board as well.

After the permit, the court made the state responsible for the arrangements and to proceed with it after consulting the temple management committee and the Centre.

It was also clarified that the festival, spread over a period of 10-12 days will take place in Puri and no other parts of Odisha would be covered. There should be no congregation of devotees and adjournment of the happening can be carried out by the government in case the pandemic happens to impact during the yatra. Not all 2500 servitors will be allowed to go ahead with the rituals.

The order came on a petition filed by NGO Odisha Vikas Parishad (OVP) against the state high court’s order that left it to the Odisha government to decide on holding the yatra.