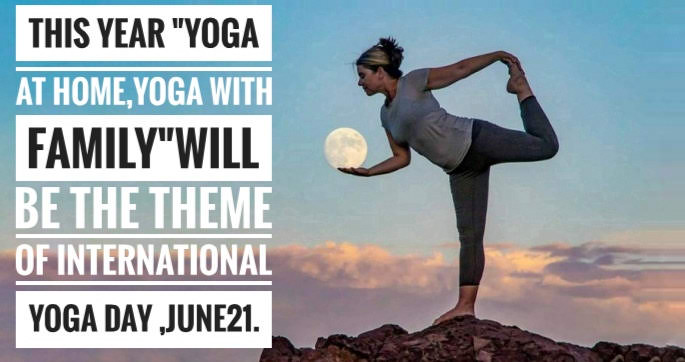 The central government on Friday has confirmed that no public program will be held on this year’s International yoga day due to covid-19 crisis.

The international yoga day is celebrated on 21st June annually to raise Global awareness about the benefits of the ancient Indian practice and culture.

Last year in 2019, Prime minister Narendra Modi led the country and World about Yoga from Ranchi Jharkhand through a program and this year it was going to be held in Leh, Ladakh but now it has been confirmed from the Ayush ministry on Friday that this year there will be
no public programs organised.

While speaking to the media, Ayush ministry secretary’ Vaidya Rajesh Kotecha’ said, earlier PM Modi has had to take part in Yoga Day program at Le but now nothing is final due to pandemic covid-19 crisis and lockdown.

According to reports this year the theme is likely to be “yoga at home, yoga with family” since some lockdown restrictions would remain on June 21.

Citizens would be asked to perform yoga with wearing masks and practising social distancing.

This year PM Modi will Virtually address the nation during the program. The program will begin at 7:00 a.m. on June 21 and last for about 45 minutes.

AYUSH Minister, Shripad yesso Naik said on the importance of yoga,” These are unprecedented times and the significance of yoga in such a pandemic situation is of huge importance”.

Contest winners will be declared in two categories, India and world.