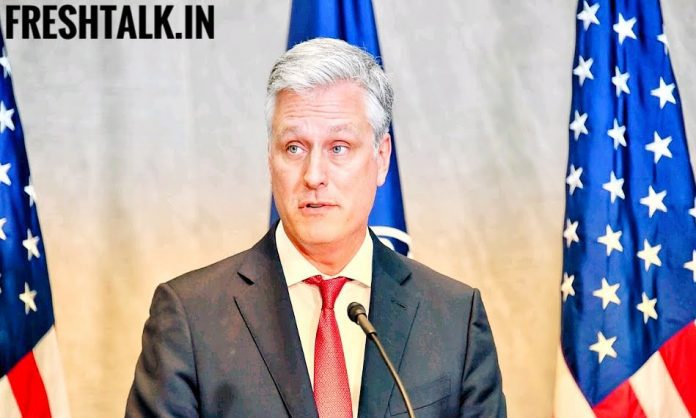 Due to China’s aggressiveness and brutal attack on Indian soldiers during the violent clash on June 15 in Galwan Valley Eastern Ladakh, US has been tweeting several times regarding the same including Mike Pompeo, Donald Trump and many more. And now US National Security Advisor Robert O’Brien has also given some statements in an interview with Fox News Radio.

Robert O’Brien said, “India is a great friend of the United States”.

He also mentioned China’s shifting in the South China Sea and Hong Kong give a “good insight” into how the ruling Communist Party of China is thinking these days. He also talked on the violent face-off of Chinese and Indian troops in which around 20 Indian soldiers were brutally killed by the Chinese and beaten some of the Indians so badly that it was difficult to identify them and were disfigured.

“The Chinese have been very aggressive with India, It’s something to be very concerned about. But China’s action towards India, just like its actions in the South China Sea, just like what it’s doing in Hong Kong, just like the bullying intimidation of Taiwan, really gives you a good insight into how the Communist Party of China is thinking these days”, Robert O’Brien said.

The US says, ‘China’s aggressive behaviour towards India shows the true nature of the Communist Party’