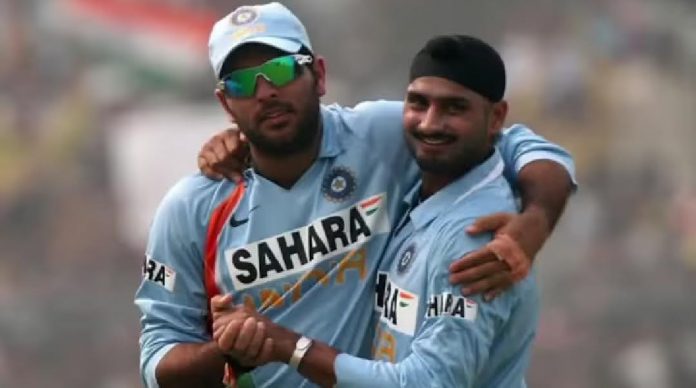 Harbhajan Singh is an Indian cricketer who plays all forms of cricket like international, Test, etc., He is a specialist in spin bowling. By an off-spinner, he has the second-highest wicket in test cricket. He is also called as Bhajji by the other cricketers.

He was also in the world cup winning team of 2011 Cricket World Cup. He earned the Padma Shri in 2009. He is celebrating his birthday on July 3rd that is today. Now he is turns into 40. He got a lot of wishes from his friends, fans, etc., All of them are started to pouring their wishes over him.

The other Indian all-rounder and his friend Yuvraj Singh took his social media in his hand and share a funny wish for Harbhajan Singh on his birthday. He wishes him very humouredly.

He posted a video on his Instagram page featuring their time spending an international career on and off the field. He leaves a comment like “Is it your happy 40 or 47. Here’s a glimpse of the wonderful years spent pulling each other ‘s leg, sometimes pants too. You have always been king. After quarantine party to lend Hai 100%, have a great day. Love you paaji” he commented like this.

The video was watched and liked by 256k followers of him and around 878 followers commented on the photo still now. Harbhajan Singh still playing in the domestic league for Chennai Super Kings in IPL and still hoping for National team comeback soon. He took 417 wickets from 103 Test matches.

His other teammates also pouring their wishes over him. His fans wish also to see him again in the National team. He is one of the players to get more wickets in the Test matches.

IPL 2020: Covid-19 protocols to be followed by IPL franchises in UAE, check here.

Indian Cricket Team wishes ‘The Turbanator’, Harbhajan Singh on his Birthday, check here for the post.

Michael Hussey says, ‘Hopes MS Dhoni continues to play as long as he can’