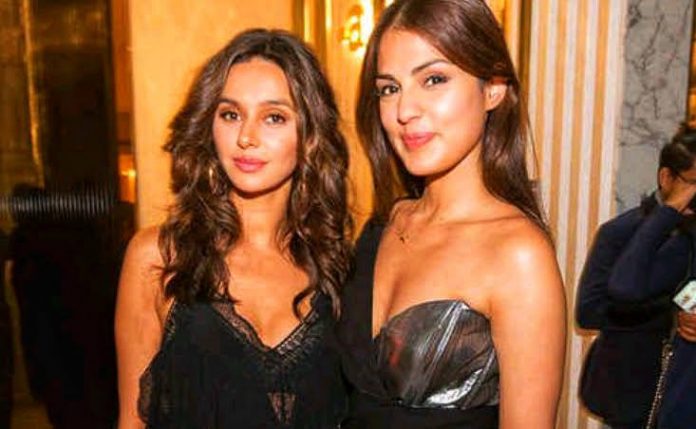 After Vidya Balan now, Shibani Dandekar is being criticized for supporting her friend Rhea. On the platform of social media, Dandekar is being harshly trolled for writing a string note in favour of Rhea who is considered the main culprit in Sushant’s Case.

Earlier, Vidya Balan, Taapsee Pannu and Telugu actor Lakshmi Manchu came up in support of Rhea Chakraborty and now Shibani Dandekar has also stood up for her close friend Rhea. Shibani shared a note on Instagram which says, “I’ve known Rhea Chakraborty since she was 16 years old! Vibrant, strong, vivacious..such a bright spark.. so full of life! I’ve witnessed such a stark contrast to this side of her personality over the last few months as her and her family…(some of the kindest warmest best people you will ever meet) have experienced the most unimaginable trauma!”

She also stated, “We have watched the media behave like complete vultures on a witch-hunt vilifying and torturing an innocent family to breaking point! Her basic human rights taken away as the media play judge jury and executioner! We have seen the death of journalism and frightening side of humanity! What was her crime? She loved a boy, looked after him through his darkest days, put her life on hold to be there for him and when he…took his own life she was crucified. What have we become?”.

People on social media are also saying that she is just trying to divert attention because of the drugs angle.

A lot of Bollywood actors supported Shibani’s post including Malaika Arora and actors like Lauren Gottlieb and Manvi Gaggro and Music-composer Vishal Dadlani too supposed Shibani and thanked her for sharing the post.