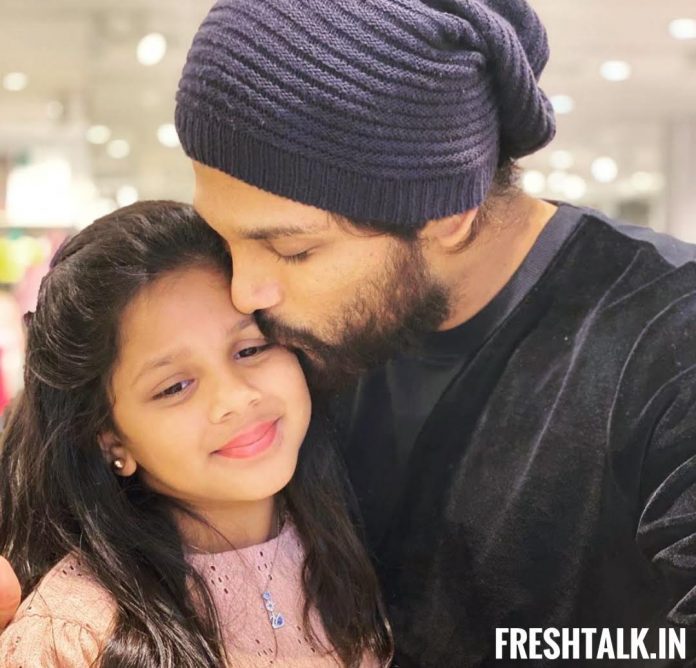 Allu Arjun and his daughter Arha are in the latest news and the adorable video is going viral on social media platforms.

Arjun is such a fun dad and we have seen the proof last year. Where he posted a video with his son performing Priya Prakash Varrier’s gun kissing eye wink video. Which got a lot of popularity in a little while only. We see another Proof of him being a fun dad in a video which he made with his daughter Arha and posted it on his Instagram Handle. He, in the video cutely asks Arha if she would marry a boy of his choice in Telugu. And she rejects the offer. This is the cutest video, we have been playing it on repeat since Arjun had posted it.

Allu Arjun married the love of his life Sneha in 201. Their adorable family was completed by the birth of his son and a daughter. Arha (his daughter) was born on November 21, 2016, and it took a couple of few weeks to figure out her name.

The video is going to make your day absolutely.