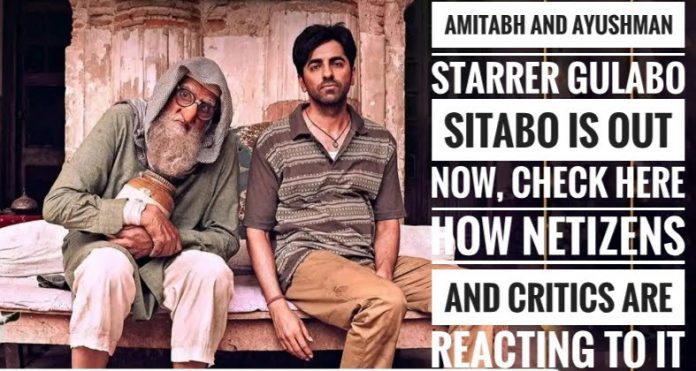 Due to the coronavirus pandemic struck hard and all releases were put on hold. After two months, Bollywood is back with a good comedy-drama film Gulabo Sitabo, directed by Shoojit Sircar. The film Gulabo Sitabo is the story of the young man, down on his luck, and his cantankerous landlord, who is emotionally attached to his old ‘haveli’. With just a day later film to release today.

No surprises but even people who did not like the film were impressed by Big Boss’s performance and Ayushmann’s skills and the other members of the cast too got praises by some. The audience common response is, ‘Interesting’, ‘ fantastic’, ‘worth watching’.

However, bad comments are also there. One wrote that he slept during the movie was. Many felt that the film might not have done well had it released in theatres.