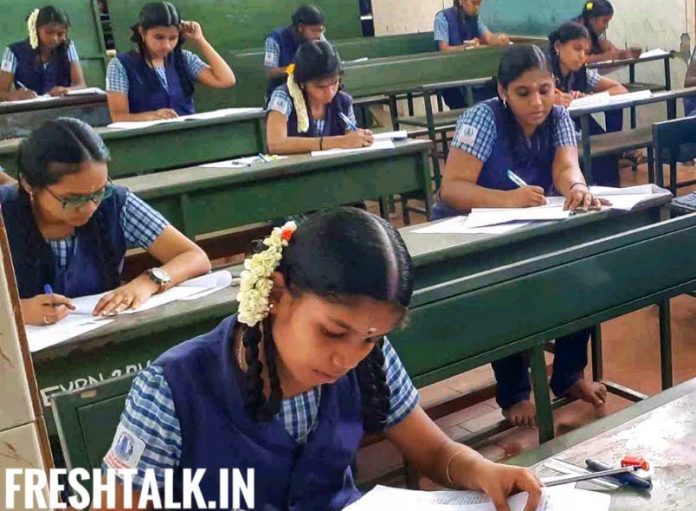 Education Minister of Andhra Pradesh declared that” currently the supreme importance is the safety of the students. As the number of cases is been increasing at a higher pace, so it would be very risky for the students if they will come out of their houses to appear for the examinations. During this time, it is a very difficult situation for the students, teachers, and other departments to coordinate with each other for conducting the examinations. Major relief has been provided to the Intermediate students who wished to appear for the supplementary examinations as announced by the state government. In regards to this, the government of Andhra Pradesh has cancelled the examination of those students who have to reappear as they were not able to clear the regular intermediate examinations and were waiting for their turn to sit again for the supplementary examination.

Adimulapu Suresh also disclosed that they will be going to refund the fees which have been collected to appear in the intermediate examinations back to all the students. Earlier it was declared that the senior secondary will be going to held from March 31st onwards but later on got postponed to July because of the announcement of the nationwide lockdown to stop the spread of the prevailing pandemic disease i.e. Coronavirus. It has also been stated that the state government has released a new timetable for the examination which is that they will be going to reduce the total number of examinations only to six papers instead of 11 papers.

The government told that approximately more than five lakh students have registered themselves to appear for the Andhra Pradesh SSC exams which were going to organized from July 10 to 15, 2020 but because of the prevailing pandemic diseases, the state cancelled the exams. Apart from this, several protocols have been taken for the safety and well being of the students such as hand sanitizers were made available at the examination centres, and other preventive measures have been taken. The members of the child rights organization team had approached the Andhra Pradesh governor Biswabhusan Harichandan to get involved so that they can further advise the state government to cancel the SSC examinations for the safety of the students because of the Covid-19.

Andhra Pradesh government had also disclosed to promote all the students from class 6th to 9th without conducting any exams for them, because of the COVID-19 pandemic. Now, with the suspension of the examination for SSC because of the coronavirus, there is so much relief for the students and the parents as all their tensions related to the exam have been over with the decision made by the government for the safety of the students regarding the conducting of the examinations. BJP state chief Kanna Lakshminarayana has sent a letter to the Chief Minister YS Jagan Mohan Reddy stating that” the pandemic has entered into the community transmission stage so the gathering of people might worsen the situation so it’s better to cancel the examination as the crowding of the student will be a highly precarious situation. So, we do not want the students to get exposed themselves to the dangerous situation which might affect their health”.