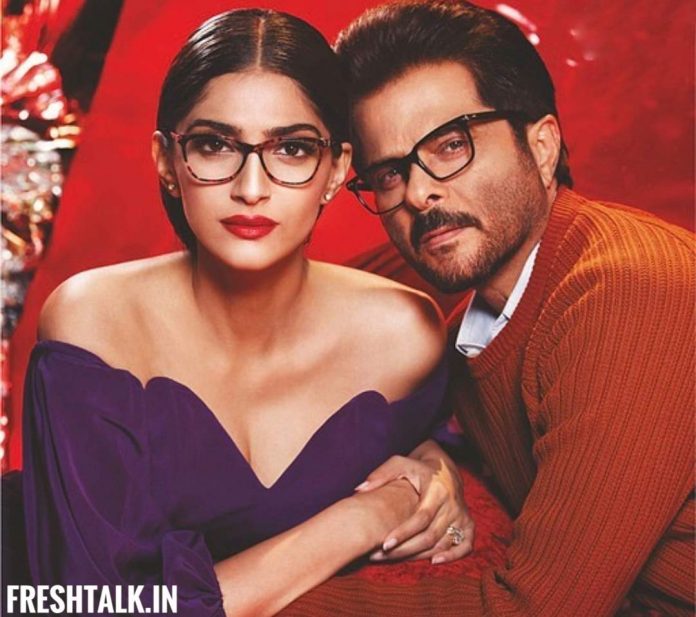 Actor Anil Kapoor is named among the fittest actor of Bollywood. At the age of 63, he still looks young, charming and active. He is getting roles in films due to his fitness. His elder daughter, Sonam Kapoor is also very beautiful as well as a talented actress. Anil Kapoor has expresses his love toward daughter many times by his posts on social media. Recently, Anil Kapoor shared an adorable picture of daughter Sonam. In his post, father said that there couldn’t be daughter like her and also praised of her having a perfect husband like Anand Ahuja. He also said that nobody can imitate her style. The actor further added that she is everything for him and gave her birthday wishes.

Sonam worked for many films and some were very successful in the box office. She was awarded the National Filmfare Award for her outstanding performance in film Neerja. The movies in which actress was last seen were Veere the Wedding, Ek Ladki Ko Dekha To Aisa Laga and The Zoya Factor.