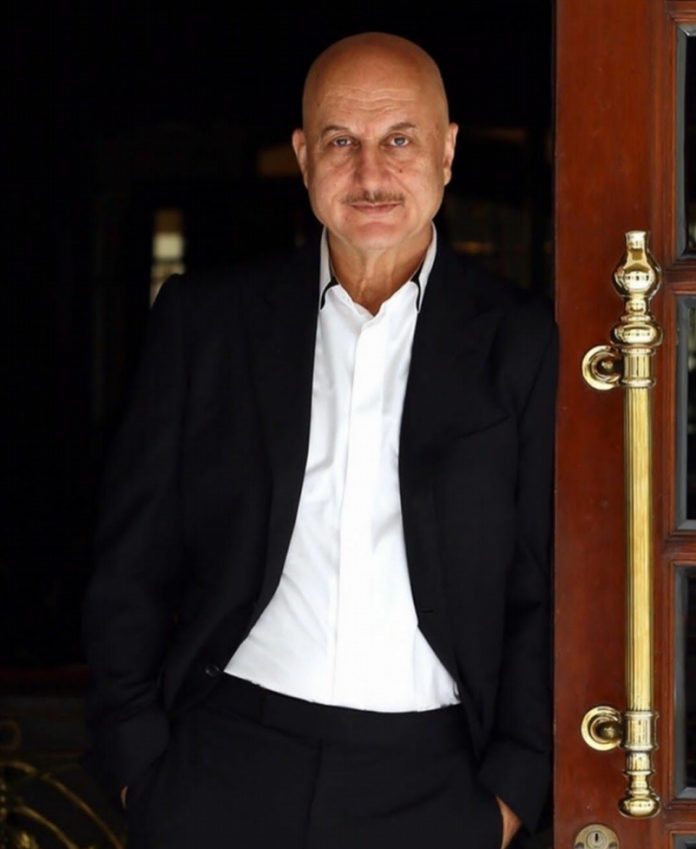 Anupam Kher is a famous Indian actor and former chairman of Film & Television Institute of India. In his recent post on Instagram he can be seen totally mesmerised by a devotional song.

The song had been sung by Kalicharan Maharaj, who is the son of Kali. The temple where the song had been sung was built in the 11th century and situated in Bhopal. The temple is famous by its name as ‘Bhojpur Mandir.’ According to Vikrami Samvat, the official Hindu calendar ‘Savana ‘ month is going on. This month is especially devoted to Lord Shiva and all the devotees of Lord Shiva. People in their
own different way try to impress Lord Shiva so that their desires can be fulfilled. We can also hear many kinds of ‘mantra ‘, related to Lord Shiva and ‘poojas’ in our surroundings.

The caption in the picture Anupam Kher wrote ” Hearing this devotee’s powerful and passionate singing in one of the ancient temples somewhere in India gave me goosebumps. Amazingly sung. इसे कहते हैं भक्ति में तल्लीन। Thank you dear #RoopDarakBhartiya for the video. 🙏🙏😍 #JaiBholenath #HarHarMahadev #JaiMahakaal #OmNamahShivay

Anupam Kher on his view over coronavirus once stated that it’s God’s way of telling the people to behave like human and not like a god.
He always called himself as eternally optimistic. Through is family tested positive with coronavirus. He always has hope that something best possible will come out of this.

He always believes in the power of prayer. And also thanks to all the fans for all the love, support and care they have given to his family.
Anupam Kher’s this kind of hope and devotion is always an inspiration for his fans. To be optimistic in every situation and not to lose hope. Devotion and meditation is actually the best step to come out of mental illness.