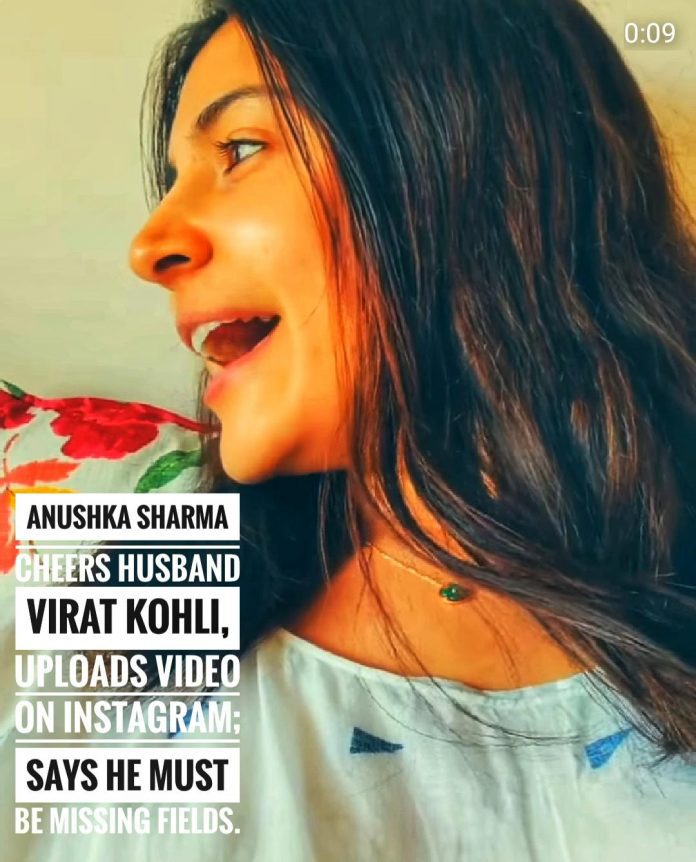 The global pandemic has put everyone home. Right from big businessmen to small retailers, sportsperson to students everyone is stuck at their homes. Though people are trying to do their regular works from their homes through WFM, or at least trying to catch up with those works, it is not that easy to be at home for such a long time far from their original routine.

In this times, actress Anushka Sharma cheered her husband with an exclaim. She shot and posted a video of herself and her husband on social media. There, she raised his spirit by cheering like a fan, exclaiming “ Kohli kya dekh raha hain? Chauka maar, Chauka!!” (Kohli, what are you watching? Hit a four). And then she moved the screen to the wonderful batsman, to which he replied with a straight face.

Along with the video, she posted a few lines:
I thought he must be missing being on the field. Along with the love he gets from millions of fans, he must be especially missing this one particular type of fan too. So I gave him the experience”.
To this video, there were many laughing emojis from film stars, cricketers and other celebs, while Karthik Aaryan wrote ‘I am that kind of fan’ and Arjun responded with ‘Depends, should have been for a 6 at least’.
The India’s loving couple, whom fans refer to as ‘Virushka’ are cool enough to keep fans entertained during this Quarantine too.

The Bollywood’s favorite actress Anushka Sharma and the captain of the Indian Cricket team, Virat Kohli tied the knots in December 2017. The couple is very popular on social media and they do not hesitate to share their tiny moments of love, togetherness and happiness. They are one of the most loved duo of the country, undoubtedly.
Though both are from completely different backgrounds, love did it’s magic and brought them together. They are also playing a good role in spreading awareness of this pandemic.