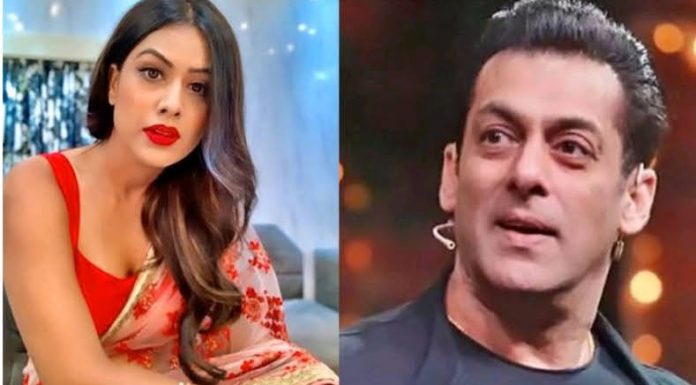 Bigg Boss 14 is always in the headlines from a couple of months since the promo is dropped, the delay in the show due to COVID-19 pandemic is adding to the anticipation. The biggest question on everyone’s tongues has been about the identity of the contestants, and while there are speculations of several big TV names, one sexy diva who was all but a shoo-in for this season of Bigg Boss was Nia Sharma.

In this sudden turn of events, it will be upsetting for her fans as well as those of the show, it has been learned that Nia Sharma has opted out of Bigg Boss 14. While no official word is out from her or that of the channel’s, and it’s unsure to come in future as neither had confirmed her participation. A source told Koimoi that it’s the extremely controversial format of Bigg Boss 14 as this year the controversies are escalating of which we have witnessed in the past-that has spurred Nia’s decision to back out of host Salman Khan’s reality show.

“The format of show Bigg Boss is such that it brings along a bunch of controversies with it creating a mess for many. Nia has been hesitating to be a part owing to the format of the show. Things get dirty in the name and game of TRP. She’s not sure if she wants to create that image about herself in any kind of way. The house gets frustrating after a point of time, she’s scared that she would end up exploding and it wouldn’t be very appealing,” revealed the source.

It is also said that Nia Sharma is doubtful if she wants a controversial image of herself to be portrayed out in public. This is not the first time that an actor had declined to be part of Bigg Boss. Earlier several TV celebs were reported to deny to enter the Bigg Boss house as they do not wish to be part of controversies. Some of the names who have turned down the offer of the show are Jennifer Winget, Rajeev Sen, Amir Ali and Shubhangi Atre from Bhabhi Ji Ghar Par Hai show. Recently Asha Negi also declined the offer as she doesn’t wish to turn her private life into an open book, told by the source.

Nia was recently seen in the reality show Khatron Ke Khiladi Made in India and emerged as the winner of the show. She was also last seen in Ekta Kapoor’s Naagin 4.

Big Boss 14: What will be the theme of the house this season, find here