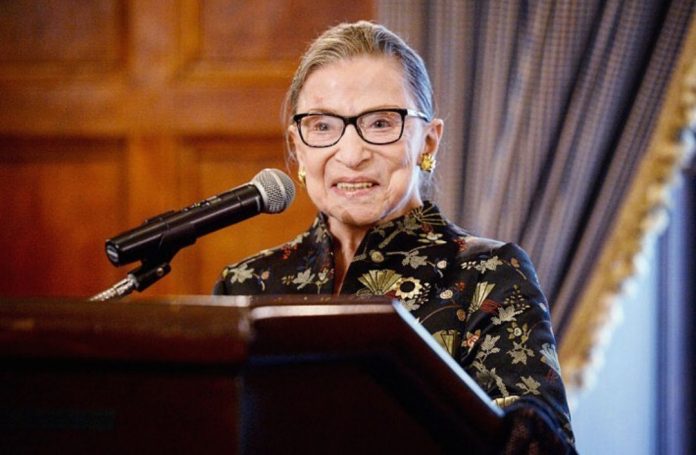 Popularly known as RBG, a woman of her own kind, an American Jurist, and a phenomenal woman who served as an Associate Justice for the Supreme Court of the United States till her death needs to be remembered every single day for the wonderful inspiration that she has been.

Diagnosed with metastatic cancer or pancreas, she was undergoing chemotherapy due to recurrence. She passed away on Friday, surrounded by family and friends.

“Our Nation has lost a jurist of historic stature,” Chief Justice John Roberts said in a statement on Friday. “We at the Supreme Court have lost a cherished colleague. Today we mourn, but with confidence, that future generations will remember Ruth Bader Ginsburg as we knew her – a tireless and resolute champion of justice.”

Talking about her contributions, Priyanka Chopra wrote, “For both men and women the first step in getting power is to become visible to others, and then to put on an impressive show. . . . As women achieve power, the barriers will fall. As society sees what women can do, as women see what women can do, there will be more women out there doing things, and we’ll all be better off for it.” -Justice Ruth Bader Ginsburg Your impact and contribution will never be forgotten. Thank you, RBG. Your legacy lives on. Rest in Peace. ❤️”

Lisa Ray posted a picture remembering RBG and quotes, “WOMEN BELONG IN ALL PLACES WHERE DECISIONS ARE BEING MADE- RBG RIP.”

Of all the people, Donald Trump also had something to add on, saying, “Today, our nation mourns the loss of a titan of the law. Justice Ruth Bader Ginsburg served more than 27 years as an Associate Justice of the Supreme court of the United States- notably just the second woman to be appointed to the court”.

Battling sexism, same-sex marriage, voting record, talking against discrimination, breaking traditions, you name it and RGB would have spoken a few words to make it better.

She stands as an inspiration to all, and even though she isn’t here with us today; she provides the perfect example of a role model and an ideal jurist. May her Soul Rest in Peace.