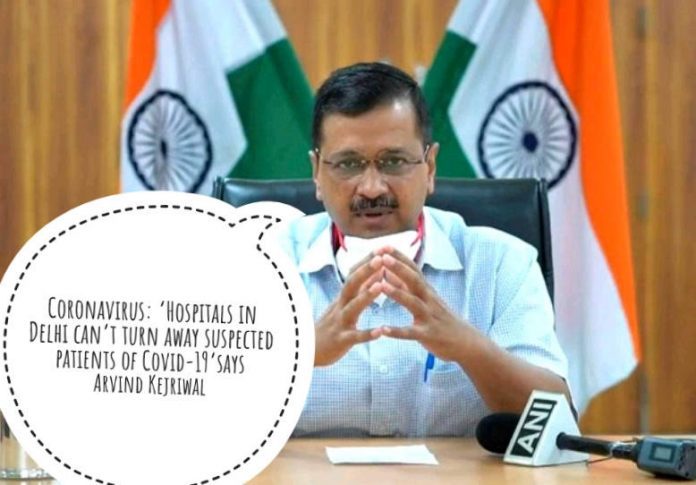 Delhi Chief Minister, Arvind Kejriwal on Saturday, 6 June, addressed the media through a press conference on the measures taken by Delhi government against the perpetually growing pandemic, Covid-19. He warned the private hospitals of Delhi on the ongoing allegations about the ‘black marketing of beds’ saying that the ones involved in this mischief will not be spared. Besides that, He asserted that there is no shortage of beds for Covid-19 in Delhi.

Black marketing of Beds by some private hospitals

“Some hospitals are denying admission to COVID-19 patients. I am warning those who think they will be able to do black-marketing of beds using the influence of their protectors from other parties, you will not be spared,” Mr Kejriwal said.

In his statements, he said, ‘Most of the private hospitals are really good’. There are just a few hospitals involved in this mischief. Some hospitals are doing mischief, they will not be spared. He said there’s black marketing of bed by some private hospitals and a representative of govt will be placed in each of those hospitals to ensure that proper rules are being followed as per government instructions.

He further said that some hospitals are denying admission to covid-19 patients, He sternly issued a warning to them saying that Those who think they will be able to continue to manage black marketing of beds under the influence of their protector from different political parties.

They will not be spared and strict actions would be taken against them. He also said there’ll be meetings organized with all the owners of private hospitals in Delhi to ensure that all the rules are followed as per instructions. Kejriwal admitted that there were some problems with the app, but said the authorities were working to resolve the matter. He asked for a few days to sort out the numerous allegations made on the hospitals. He further said that Investigation would be conducted against the one’s breaking the rules.

Arvind Kejriwal on 6 June, tweeted that till date, there is no dearth of beds. Against 8645 total available beds, 4038 beds are occupied by Covid-19 patients and 4607 beds are vacant. These are real beds, not mere figures. He further said, as of today, sufficient beds are available. But some of them are refusing. He said they won’t permit their mischief and alleged for a few more days to carry out the investigation.

In addition, He said that no negotiations would be tolerated when the treatment of Delhi’s coronavirus patients are concerned.