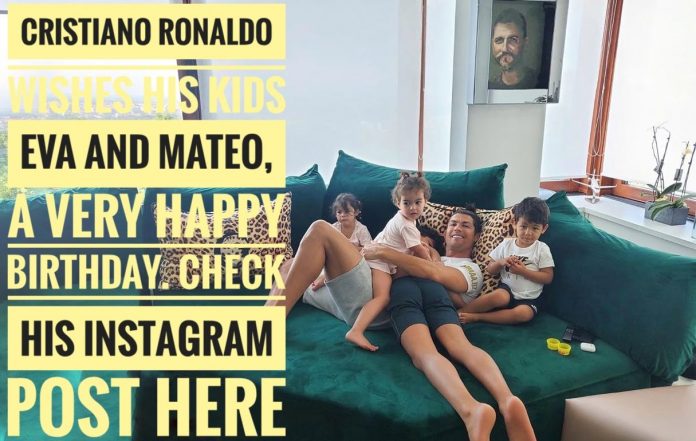 Today Christiano Ronaldo celebrated the birthday of his twins. With a motive to make the day memorable Ronaldo dressed himself to Aladdin and wife Georgina Rodriquez turned herself as a pink power ranger.

The family was looking completely animated. Ronaldo dressed up like Aladdin to give his twins a magic carpet ride. Mateo and Eva got their wish and they celebrated their day happily.

Mateo and Eva were born to a surrogate mother in the US when Ronaldo starred for Portugal in the Confederations Cup in 2017.
In the birth records surrogate mother’s name was not mentioned.

In the same manner, Ronaldo Jr. was also born surrogate and still, his mother’s name is missing.

Five months later Georgia gave birth to Alana after the twin siblings with the husband footballer.