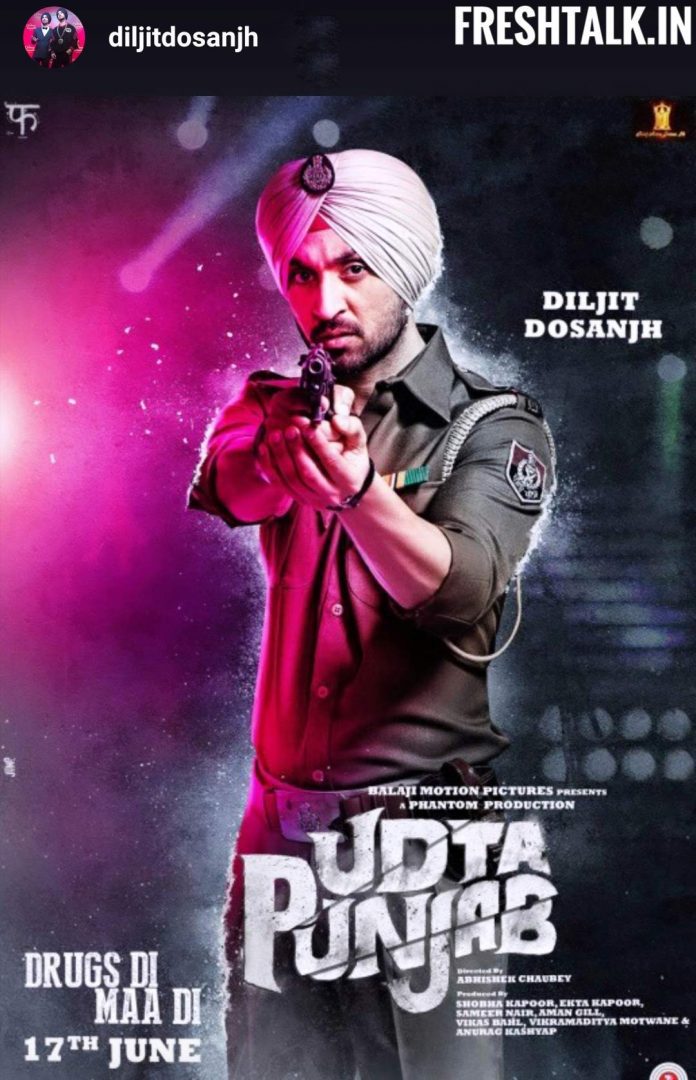 Udta Punjab, a black adult comedy movie which was released in 2016 completes 4 years today. This movie was directed by Abhishek Chaubey. It was a big hit on-screen and the cast got many awards for this movie.

Diljit Dosanjh, actor and singer did a debut in Bollywood and this movie and got a chance to share a screen with Shahid Kapoor, Kareena Kapoor Khan and Alia Bhatt.

As this movie is mainly about drug selling in Punjab which was a true incident. The character of this movie were fiction. Tommy Singh, a drug-addicted and pop singer.

This movie was made with the budget of ₹470 million. This movie earned ₹960 million worldwide.

Diljit Dosanjh took down on his Instagram story and remember this moment.

This was quite a shock that only Diljit posted about this movie and none of the other cast did.