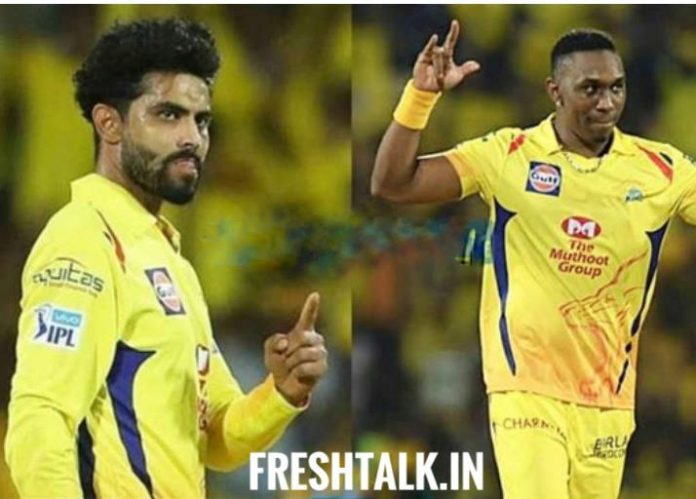 DJ Bravo took a series of pictures on Instagram in which it is written that Ravindra Jadeja and DJ Bravo are the only players who scored 1000 + runs and 100 + wickets in IPL (Indian Premier League).

Ravindra Jadeja and John Bravo are in the franchise cricket team Chennai Super King founded in 2ays, which plays in the Indian Premier League( IPL).

With sharing the post Bravo writes in a caption, “not bad! @royalnavghan(Jadeja) my lower order partner sir jadu.

Hopefully, we can add some more runs and wickets soon!! @chennaiipl #champion #MSD #7 And in the reply of this, Jadeja replied back in the comment section by saying “yes champion”.