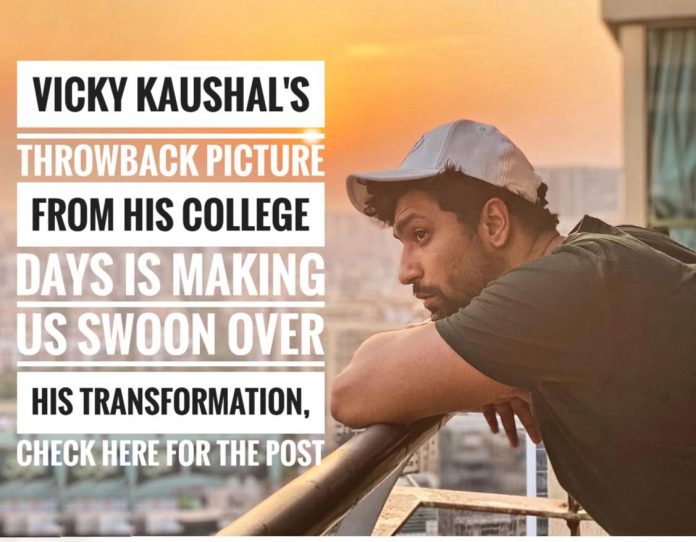 Bollywood’s favourite Vicky Kaushal awed the fans with his major throwback post through the Instagram platform. The first photo is his iconic self with a dashing sunglasses which swipes to unveil his old college goofy self with oversized sunglasses. The post caption is read, “Been prepping for this shot since my 1st year of college. Swipe left. P O L I C E,”.

Earlier Vicky pursued an engineering degree in electronics and telecommunications from Mumbai’s Rajiv Gandhi Institute of Technology but after his visit to IT company, he realised his true interest and become to chase his career in Film Industry. Later he became the recipient of a National Film Award and a Filmfare Award and has appeared in Forbes India’s Celebrity 100 list of 2019.