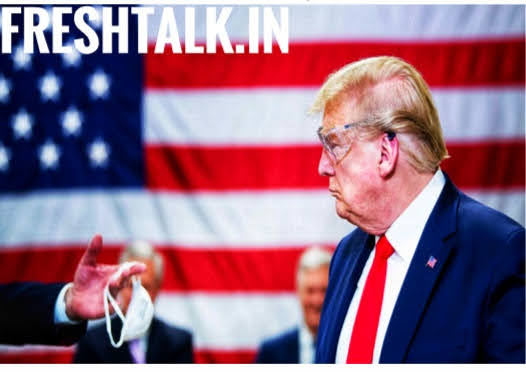 US President Donald Trump is known for his solid decisions and statements. Recently, he made a solid statement on wearing masks on Wednesday.

After refusing to wear face masks in public events, assemblies and meetings, US President Donald Trump said that he would not have any problem in wearing a mask in public if the situation demands.

Trump also said that many people he sees at White House are tested positive for Coronavirus before coming in contact with him.

It seems like the US President is not having any issues if he wears a mask in public but it is mandatory to wear when the conditions call for it. The top US senators are also encouraging citizens to wear masks in public.

“If I were in a tight situation with people, I would absolutely,” Trump said.  “Usually I’m not in that position.” He also added.

Trump has never been seen wearing a mask in public areas while Vice President Mike Pence is always seen wearing one in many occasions, meetings, assemblies.

Donald Trump in the month of February visited India for two days. It was the inaugural visit of Trump and his family to India. A tour event held on 24 and 25 February and was named ‘Namaste Trump’. On his tour to India, Trump visited Ahmedabad, Sabarmati Asharam, Taj Mahal and many other places with his family.