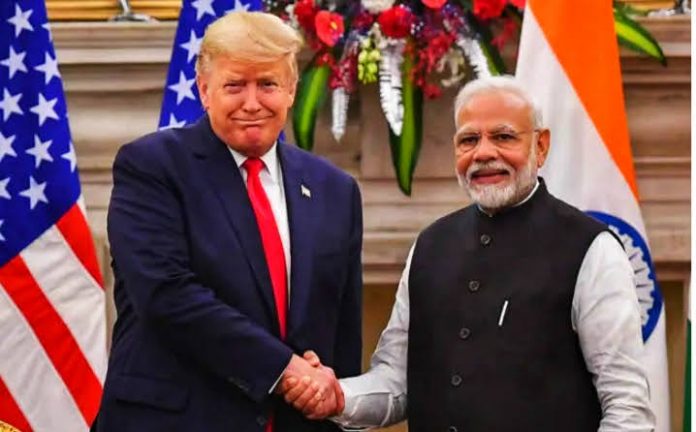 On the Fourth of July, 1776, the Continental Congress declared that the thirteen American colonies were no longer subject to the monarch of Britain, King George III, and were now united, free and independent states. The Congress had voted to declare independence two days earlier, on July 2, but it was finally declared on July 4, 1776, and so from that day July 4 is a federal holiday in the United States commemorating the Declaration of Independence.

India and U.S. relations are gradually growing and both the countries are working for each other’s welfare and also supporting in good and bad times. In 2016, India and the U.S. signed the Logistics Exchange Memorandum of Agreement and India was declared a Major Defense Partner of the United States and from that day onwards the U.S. has shown all its interest and support for India.

On 4th July 2020, India’s Prime Minister wished the President of the United States as they were celebrating their Independence day. Narendra Modi tweets that “I congratulate @POTUS @realDonalTrump and the people of the USA on the 244th Independence Day of the USA. As the world’s largest democracies, we cherish freedom and human enterprise that this day celebrates.
@WhiteHouse.”
Donald Trump-the President of the USA retweets Narendra Modi’s tweet and writes, “Thank you, my friend. America loves India!”

This shows the bond between India and the U.S. It also reflects the love between two countries and their sweet relations. The United States and India shared interests in promoting global security, stability, and economic prosperity through trade, investment, and connectivity. Recently in February 2020, India invited Donald Trump to inaugurate the largest stadium of the world-The Motera Stadium. It was a global diplomatic event in 2020 and with this visit of Donald Trump certain agreements were signed which equally benefited both the countries and its citizens.

Here’s the link to the PM Narendra Modi’s tweet wishing the USA on their Independence day:

Donald Trump says, ‘I do not have a problem in wearing a mask in public’