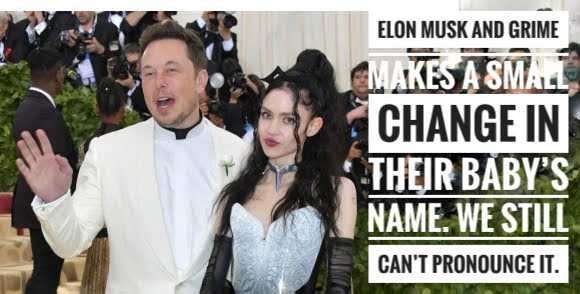 On Sunday, Grimes, the Canadian musician, posted a new photo of herself on Instagram. And on the comment section, while replying a fan she revealed that they have changed their son’s name.

It so happened, when one of her fan on the comment section asked her-

“Did you change the baby name because of Californian laws? What is the baby’s new name?”

In reply, the Canadian musician replied that- “X Æ A-Xii”. She didn’t confirm the reason for the change.

On her Instagram, she responded to some sorts of queries by her fans. Just like some of her fans asked her how to pronounce the name.

On the other hand, Musk told podcast host Joe Rogan a different pronunciation of the name.