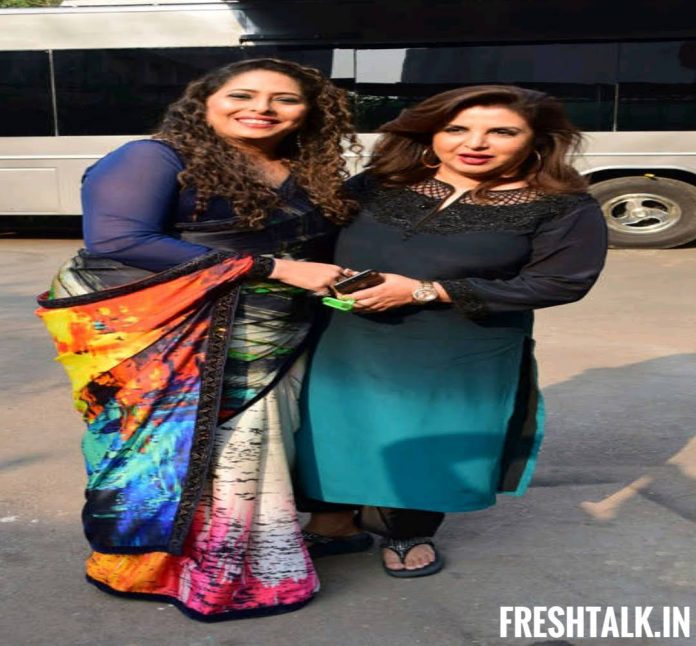 Filmmaker Farah Khan today sent heartwarming wishes to her wonderful friend who is also a choreographer i.e. Geeta Kapur in a delightful manner by posting an emotional message on her social media post on Sunday i.e. 5th July’2020. Farah Khan who is also a quite famous choregrapher of the Bollywood industry made a trip down memory lane with her friend Geeta Kapur and choose a very amusing throwback photo of her along with Geeta Kapur of that time when they were quite young i.e. during their teenage years. It is revealed from the picture that it was been click before when both of them went through a body transformation. Farah khan penned down an emotional message for Geeta Kapur on the social media that both of us have been gone through ‘thick & thin’ together! Fevicol got nothing on us! Happy birthday Geeta Kapur .. You made a mother out of me way before I had my kids.. love you, baby.”

Actress Sonam Kapur after seeing the photo posted by Farah Khan reacted to her post by commenting that her “first song” was been choreographed by Geeta Kapur. So, Sonam Kapoor wrote a message for both of them that Love you both as Geeta Kapur had choreographed my first song.. so happy birthday to Geeta Kapur. Initially, Geeta Kapur had started her career by joining the dancing group of Farah Khan but because of some family issues, Geeta Kapur had to left the dancing group. Regarding Farah Khan, she is also a well-known director and producer. She started her career by directing the film Main Hoon Na which was released in 2004. Farah Khan had also directed many famous films like Om Shanti Om, Tees Maar Khan, and Happy New Year. It has been known that Farah khan’s last production work was related to Netflix’s web series i.e. Mrs Serial Killer, starring famous Jacqueline Fernandez along with the Manoj Bajpayee but the film was been directed by the Farah Khan’s husband i.e. Shirish Kunder.

Geeta Kapur is quite famous for carrying herself with simplicity and gracefulness. It has been revealed that Geeta Kapur started her career at the age of 16 by joining the Farah khan’s dancing group and also she shares a special bond with her. Geeta Kapur says she has two mothers and Farah khan is her second mother who keeps on supporting and guiding her at every step of her life. Regarding Geeta, she is not a party animal and usually loves spending her leisure time by reading books and watching thriller shows. Geeta Kapur believes that this human being’s life is too short to plan anything. She had been remain judge for several Indian reality dance talent shows and had also choreographed many award ceremonies and concerts.

It has also been disclosed by the Sajid khan who is the brother of Farah khan that Geeta Kapur is very closely related to Farah. Geeta Kapur told that before making her career as a choreographer she always dreamed of becoming an air hostess. It has been declared by Geeta Kapur that because of family crisis she had to leave Farah khan’s troupe and had to get into choreographing but later on she realized that it was not helping her a lot in earning fame and also was not able to earn much so she took the final decision to join back the Farah khan’s dancing group. So luckily, Farah khan gave her another chance and took Geeta as her assistant in her dancing group. So, Geeta Kapur expressed her gratitude and immensely thanks to Farah Khan for giving her this opportunity again.