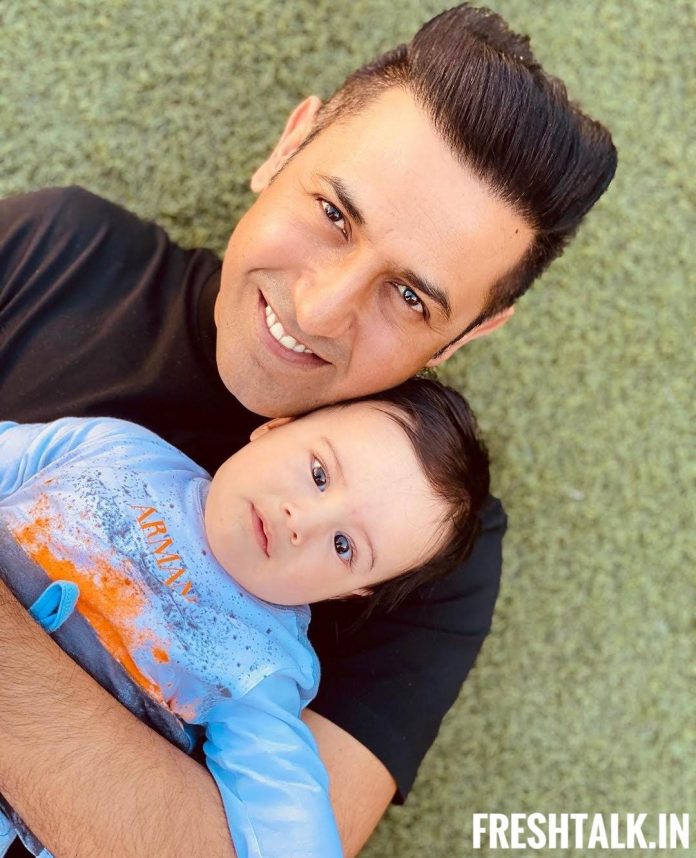 Gippy Grewal is an Indian actor, singer and film director and he has proved his fortitude in the world of entertainment but there’s one more role that he plays with utmost grace and that is of a father. His Instagram account is flooded with pictures of him with his family and friends, and recently he added one more to the collection.

He posted an adorable picture with his youngest son ‘Gurbaaz Grewal’ which means Guru’s Hawk. The picture received lots of love from his fans and also celebrities. Flaunting off their infectious smile, both Gippy and his soon Gurbaaz look simply adorable.

It wouldn’t be wrong to say that this picture has set some real father-son goals. Gippy Grewal had also shared pictures of Gurbaaz with all the family members on his Instagram and those pictures are nothing less than beautiful!