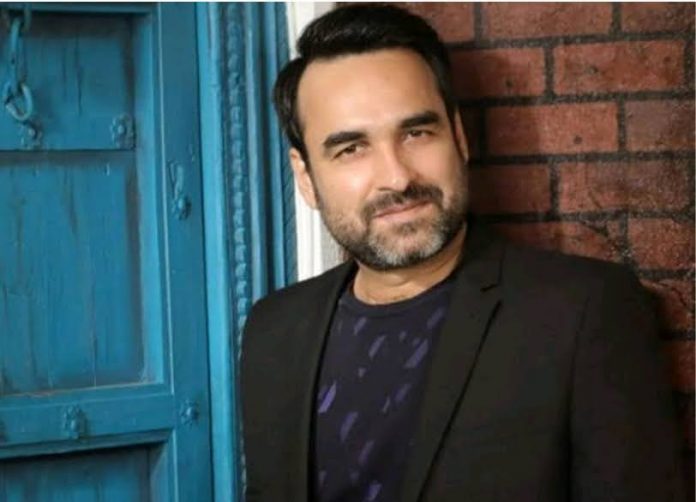 Pankaj Tripathi, an Indian actor who was born on 5th of September, 1976 in Belsand so yes, today is his birthday. We are celebrating this extremely talented actor’s birthday by having a look upon his life and upon his characters where he engrossed himself completely.

His father was a farmer, so was Mr Pankaj Tripathi. He did farming until he was in the 11th standard. He used to be a part of the plays which used to happen in the village and thought he could pursue acting. For the graduation, he moved to Patna and studied Hotel management in Hajipur. He used to do acting but also worked in 5-star hotels for years. After 7 years, he moved to Delhi and enrolled in the National School of Drama and graduated in the year 2004.

After graduating, he moved to Mumbai and got a role in the film Run. Then, he did several negative roles and he got recognised by the role which he did in the movie Gangs of Wasseypur. He has done almost 60 television shows and 40 films. He was in the series Gurgaon, Mirzapur and a lot of different characters and Amazon, Netflix, Hotstar series.

All the characters were amazing and no one could even reach there, but the most 5 main characters of the actor would be;
Gangs of Wasseypur – In the year 2012, a movie was released where Pankaj Tripathi was playing the role of Sultan Qureshi which was very well appreciated and gave him the exposure. The acting skills were beyond the imagination. He was so firm, fierce in his role. He was shrewd, evil and manipulative and was completely engrossed in the role.

Mirzapur – Mirzapur was an action revenge series where Pankaj Tripathi played the role of Kaleen Bhaiya. He has done quite the rolls in the negative part so he aces it whenever there’s any negative part in the film. His hardcore acting skills are the reason people loves him.

Stree – The character- Rudra Bhaiya which he played in the movie was very different and unique in its own than the movies which he did. The character had some witty yet funny touch to it. The weird part of the character yet the actor aced it. Fans bursts into the laughter when he had some dialogues which he delivered gracefully.

Bareilly ki Barfi – Narottam Mishra as Bitty’s father was played by the actor Pankaj Tripathi. His acting skills are always on the point. His character was simple yet very powering, funny yet very outrageous.

Apart from this top 5 characters, he did an amazing job in all his series and his movies. Even a sec role of his could make that thing a super hit. No one could ever ignore his presence in the movie or series. He is brilliant in his field.

We all wish him a very Happy Birthday.