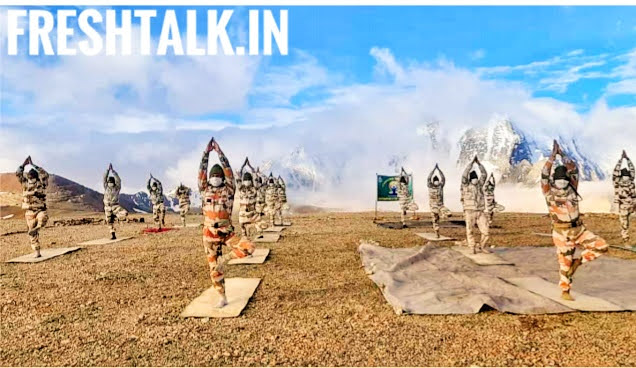 Every year, International Yoga Day is celebrated with full zeal in every state of India on 21st June, to spread awareness about the importance of yoga and its benefits. People enthusiastically participate in various events to commemorate the day.

The security personnel won the hearts of people by performing various asanas in sub-zero temperatures in Ladakh.

Asanas like Pranayama and Surya Namaskar were seen in the mind-blowing pictures of the specialised mountain force, ITBP in freezing weather.

It was indeed a proud moment for everyone as the ITBP personnel proved their commitment towards the nation on International Yoga day on Sunday.