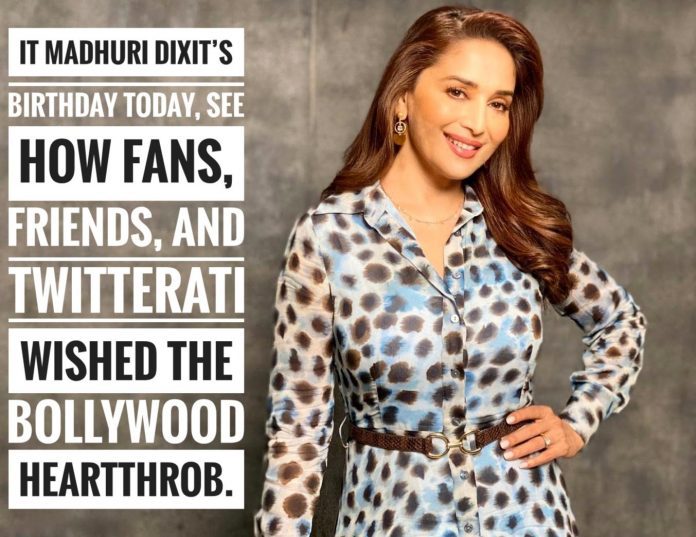 Madhuri Dixit Nene is an Indian actress, producer, and television personality. One of the most popular actresses of Indian cinema, she has appeared in over 70 Bollywood films in a career spanning more than three decades. The actress earned titled ‘Dhak Dhak Girl’ and ‘Dancing Queen’ of Bollywood in her three-decade-long career. Today, the actress turned 53 and decided to celebrate the special day with her family.

Many Bollywood celebs like Anil Kapoor, Mouni Roy, etc. along with her die-heart fans of took to their respective social media handles to pour in love for the actress. One of them wrote- “Happy Birthday to the most beautiful lady”. Another one wrote –“My inspiration for dancing wishes you many many happy returns of the day”.