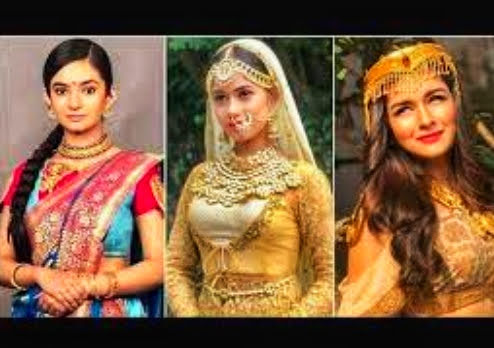 Well, all these stars are immensely famous and have a large fan following over the country.

Jannat Zubair has been into the industry since she was a kid. She has a lot more experience than any other fellow artists who are making their debut on screen as of now. She is beautiful, bold and very witty.

She has played the lead role as Phulwa in the serial itself. She has also worked in the Bollywood hit film hichki. Her net worth is 1 million dollars as of 2020.

Avneet Kaur, began her TV career when she was a kid. She first participated in the dance reality show DID (Dance India Dance and she also did several daily soaps.

She has a great sense of fashion. She is playing the lead role of Yasmin in the serial “Aladdin Naam to suna hoga”. Her net worth is 1 million dollars as of 2020.

Anushka Sen is a beautiful Indian actress who is one of the highest-paid in TV channels. She is a gorgeous actress and social media star has also become a YouTuber.

She began her career as a child artist with the TV serial titled” Yahan Main Ghar Ghar Kheli” in 2009 and has also been seen in many TV shows including “Devon Ke Dev Mahadev”, “Fear Files”,” Crime Patrol”.

She is well known for her character in Baal Veer show. She charges approximately Rs 100000 for the episode. Her net worth is 1 million dollar means Rs 6.5 crore.

Jannat Zubair’s ‘Yeh Mann’ is out now, Check how netizens and fans are reacting to it