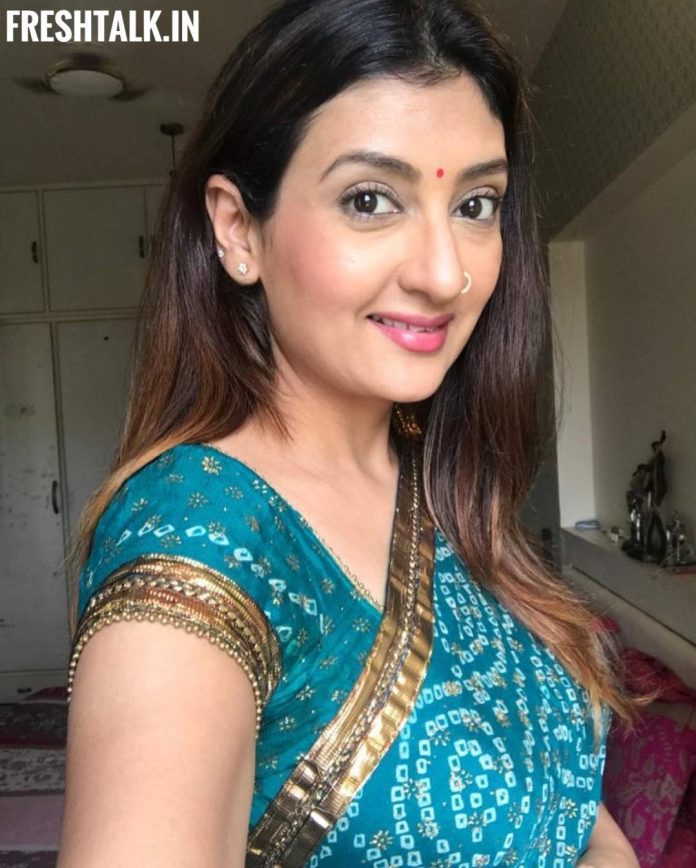 The well known ‘Kumkum – Ek Pyara Sa Bandhan’ completed 18 long years on the Television cast, the heroine of this serial, actress Juhi Parmar told about her heartly connection with the show and why is it very much close to her heart and soul, and how it had changed her entire life at one go.

“Jeevan kar leta hai shringar sach hai naa Kumkum Se,’ had been hummed by the actress on her Instagram story and had got makeover like her character ‘Kumkum’ and shared pictures. This show had the stars Juhi Parmar (Kumkum) and Hussain Kuwajerwala (Sumit) in the lead roles, the romantic saga viewers fell in love with the TV screens for their interesting and a realistic storyline. Juhi and Hussian’s evergreen love story. Today, the “Kumkum” has been completed 18 years on Television. Yes, you read that right! The show began on July 15, 2002, has achieved 18 years, and the female lead actress Juhi Parmar is the beaming with happiness.

Kumkum ran for successfully 7 years. With the show, both Juhi and Hussain gained immense popularity, and even today, are remembered for the iconic characters till these days. On this auspicious occasion on Kumkum’s 18th birthday, Juhi overwhelmed about her unique and great connection with the show, why it is the so close to her, and how it has changed her life. The actress shared, ‘Kumkum is the not just a show that I was a part of, but it is the treasure of my life. I was and still am very attached to the character and the show. I will always be a cherished and worthy experience of a lifetime for me.’

Juhi on Instagram said, ‘Even today 18 years later every time I do this look I step into Kumkum I feel at home my heart warms up, eyes well up and I thank my stars for giving me Kumkum….a woman of strength, a woman of love, a woman who each Indian women can relate to including me’.

The beautiful actress also took to her Instagram handle to get into her Kumkum character again and recreate the magic with the title track. Wearing a purple saree, she got in her Kumkum avatar, taking us all back into past days. Juhi recreated the Kumkum look and took us all back into time.

She feels that if Kumkum was not a part of her Television career, things would not have been the same for her, so she credits her success as an actor to the show. ‘Today when I look back, I feel that my journey as an actor would have never been the same had Kumkum not come into my life. The audiences and fans of the show also made it a big success due to their immense love and support. Just like they have always said it, I too would like to say it today that I love you Kumkum,’ Juhi expressed.