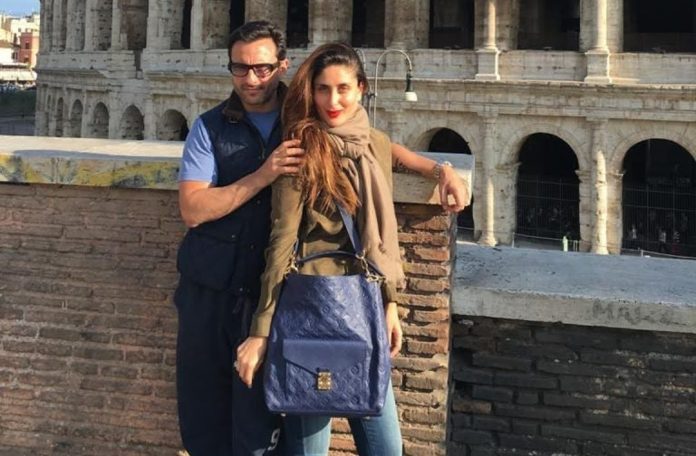 Kareena Kapoor Khan, ‘Bebo’ of Bollywood industry, Beauty Queen, Poo, is one of the best actresses with superb acting skills. Since she is the daughter of Kapoor family acting is in her blood. But, making so many fans is only possible by having amazing acting skills and delivering them the best pictures. She was born on 21st September 1980 in Mumbai. She is the younger daughter of Randhir Kapoor and Babita Kapoor and her elder sister is Karishma Kapoor. She made her debut in acting with Amitabh Bachan in the film Refugee in the year 2000 at the age of 20. She also won the best female debut for this movie.

Saif Ali Khan, the Nawab is also one of the best and superb actors of Bollywood. His movies are really remarkably wonderful and have the best acting delivered by him. He was born on 16th August 1970 in New Delhi to Mansoor Ali Khan Pataudi and Sharmila Tagore. He is the elder one and has two young sisters Saba and Soha Ali Khan. He made his Bollywood debut in the year 1993 where he was the lead role in the movie Parampara. He got married to Amrita Singh in 1991 and had two children, Sara Ali Khan and Ibrahim Ali Khan. But he got divorced from Amrita Singh in 2004.

Saif Ali Khan and Kareena Kapoor Khan got married on 16th October 2012. Kareena said in one of his interviews that Saif during there shooting in Greece of there film Tashan asked her first time for marriage. Later he again asked her but that time she doesn’t know because she doesn’t know him which practically meant she wants to get him to know better. And later, they finally got married. Kareena gave birth to Taimur on 20th December 2016. Kareena says she has made the best decision by marrying Saif.