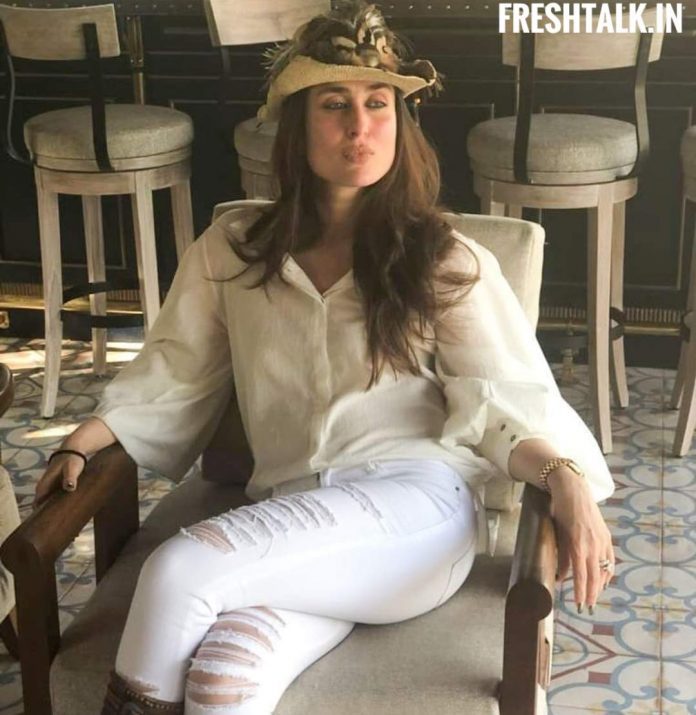 Today fitness is very important for Bollywood actresses to keep their position stable in the film industry. Many actresses have been disappeared from films industry due to not being able to stay fit. However, still, there are many actresses who are shining in Bollywood from many times due to their fitness. One such actress is Kareena Kapoor who is among the fittest actresses of the Bollywood and is very passionate for her workout. The actress can also be often seen doing yoga sessions to maintain her health. She is also active on social media and often seen with many posts during the lockdown period. Recently, the actress posted her ‘pouted selfie’ while doing the workout. She captioned the picture with hilariously and wrote that she does lips exercise more than any other exercise as she does 100 pouts a day.
Check her post:

In the picture, she had donned a spaghetti strap halter-neck sports bra and the diva was looking gorgeous even without make-up.
Kareena has often been snapped by paparazzi while outing with hubby Saif and cute son Taimur. The actress was last seen in film ‘Angrezi Medium’ that also starred Radhika Madan and late actor Irrfan Khan.