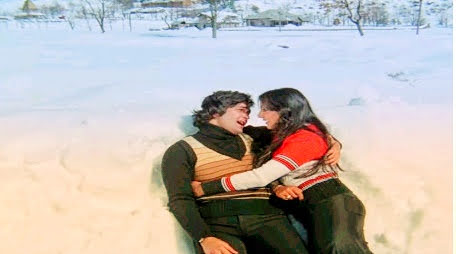 Today is the birth anniversary of Bollywood’s legendary actor and superstar Rishi Kapoor. He had given many hit films, songs and dialogues to remember him. He was a brilliant actor who was mostly known for his acting in romantic films. At a young age, Rishi Kapoor looked so innocently cute and had amazing acting skills which helped him build his career to great heights. He made his debut with the film Mera Naam Joker in 1970 by playing the role of a child. He got married to Neetu Singh Kapoor 22nd January 1980.

He was suffering from cancer since 2018 but he never let his pain to bother others. He was always full of life and had a charm on his face. He always had his cute smile on his face which can melt anyone’s heart. Even in the hospital, he sang a song and blessed a doctor to do good in his future. The doctors and medical staff said that he kept them entertained until his last breath. He didn’t let his illness get the better of him.

He left us on 30th April this year. His sudden demise left every one of us in shock. The tragic news of his death was shared by Amitabh Bachchan on his Twitter account. He mentioned that our dear Rishi Kapoor has left us today at 8:45 am IST in hospital after battling two years leukaemia.

Karisma Kapoor today posted a selfie of Rishi Kapoor and she wrote, “Happy Birthday Chintu Uncle, You are Missed.” This story shows that she is surely missing her Chintu uncle and how much she loved him. Many other celebs also posted Rishi Kapoor’s story about missing him. He died at the age of 67 with many years of hard work.