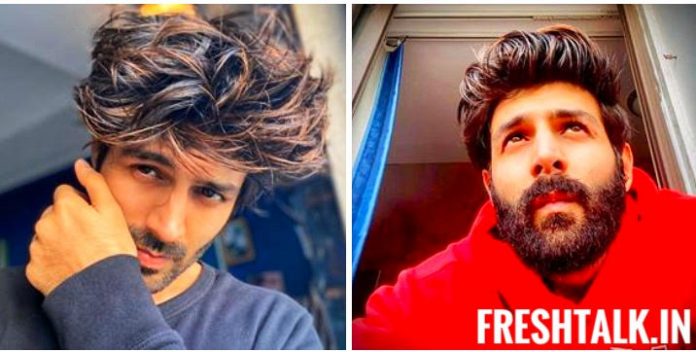 Kartik Aryan has been keeping the beards ever since the lockdown. In between, he accidentally trimmed his beards and now again he grew up his beards.

Since the lockdown started we can see that celebrities are quite active on social media. On social media, they share their photos and videos to keep their fans updated about them as well as for entertainment. Kartik Aryan has been wearing beards and has been carrying it quite well.

Recently he took to Instagram where he uploaded a picture with beards. He was wearing a red hood. He captioned the picture as “daadhi bula rahi hai” from his caption it was understood that he was to trim his beards.

A few days back his mother made him trim the beards.

From past few days, he has been sharing pictures and posts on Instagram talking about his beards. He also went live on Instagram to ask his friends whether he should shave off the beards or not on which Deepika Padukone answered with an emoji of a girl raising her hand. He even shared a joke that how his mother refused him to give food if he does not shave the beards.