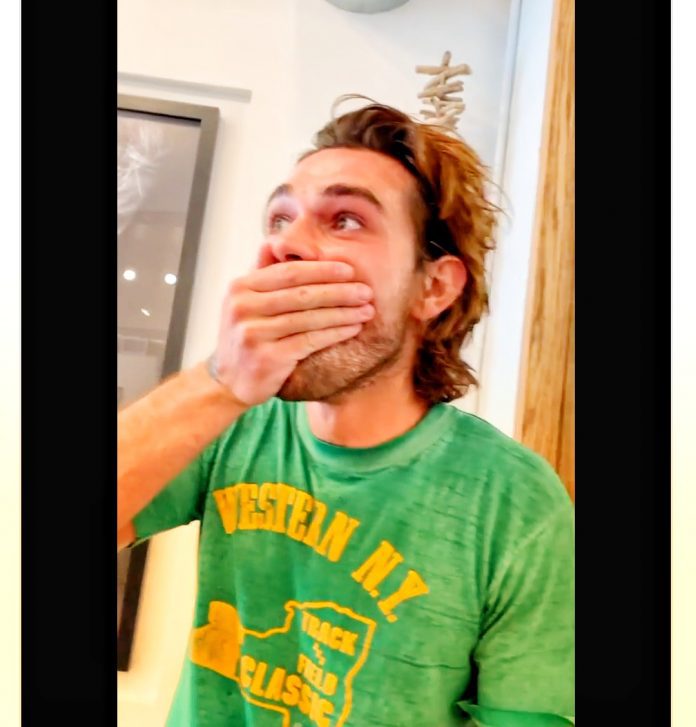 KJ Apa, the Riverdale star, posted a two-minute long video on his Instagram account, where he tried to remove a shard of metal that was stuck in his eyeball.

He was brought to tears by this incident and was calmed down by hair salon owner Jason Schneidman, who was also seen helping KJ Apa out.

After Schneidman’s failed attempt to take out the shard of metal with a cotton bud, the actor himself tried to remove it but was not able to.

Even after being in pain, the star was worried about going to work the next day, declaring, “I have to work tomorrow.”

“It’s actually punctured my eye, bro, like look!” Said KJ when he tried removing the shard from his eye.

The star becomes visibly shocked towards the end of the video and has to be calmed down. The two-minute video received a lot of love from his fans who supported him and said that even though he’s in pain, he’s so cute. His fans expressed concern for his well being.

Apa’s fans also took a breath of relief as the video proved that the star had shaved off his beard which his fans had been wanting for a long time. Due to the lockdown, the Riverdale star had grown his hair and beard, making him unrecognisable, which his fans wanted to be chopped off.