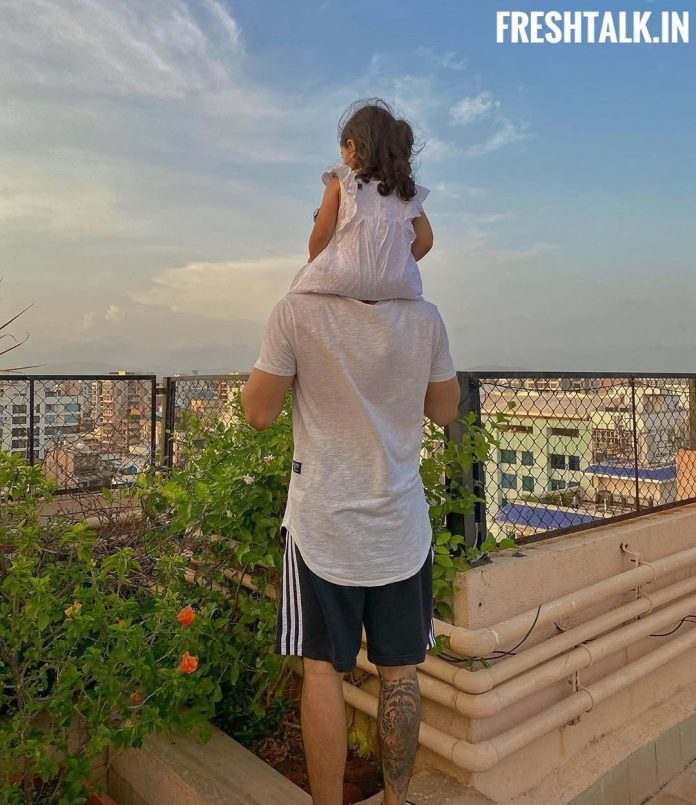 The photo features the father-daughter pair enjoying the weather. Inaya is seen to be eating something while her father adores his “little sunshine.” The adorable picture was captioned ‘my ray of sunshine in the dark clouds.

Kunal Khemu likes to keep his fans updated and shares a lot of family-filled pictures. He recently posted another video where he was seen getting his daughter ready for ‘Yoga Day’.

In the video Khemu teaches Inaya how to sit properly and chant Om. The Father daughter duo is often seen enjoying and doing stuff together and they have certainly won our hearts.

The Malang actor turned 37 on Monday and even though he’s stuck in lockdown, his wife and actor Soha Ali Khan and Inaya celebrated his birthday. Soha Ali Khan posted some pictures from the day which followed Inaya holding a huge balloon above her head while the actor is seen smiling as he holds the card she gave him.

The card read “Best Papa Ever Hands Down” and has her little handprints on it. The little Angel also sang ‘happy birthday’ while playing it on the piano.

She wrote: “Happy birthday @khemster2 For better or worse there’s no one I’d rather be locked down with.”

Khemu was last seen in the Romantic thriller – Malang alongside Anil Kapoor, Aditya Roy Kapoor and Disha Patani. The actor’s performance as a psychotic cop is one of the best story arcs in the film. The film is hinted to have a sequel in the near future.