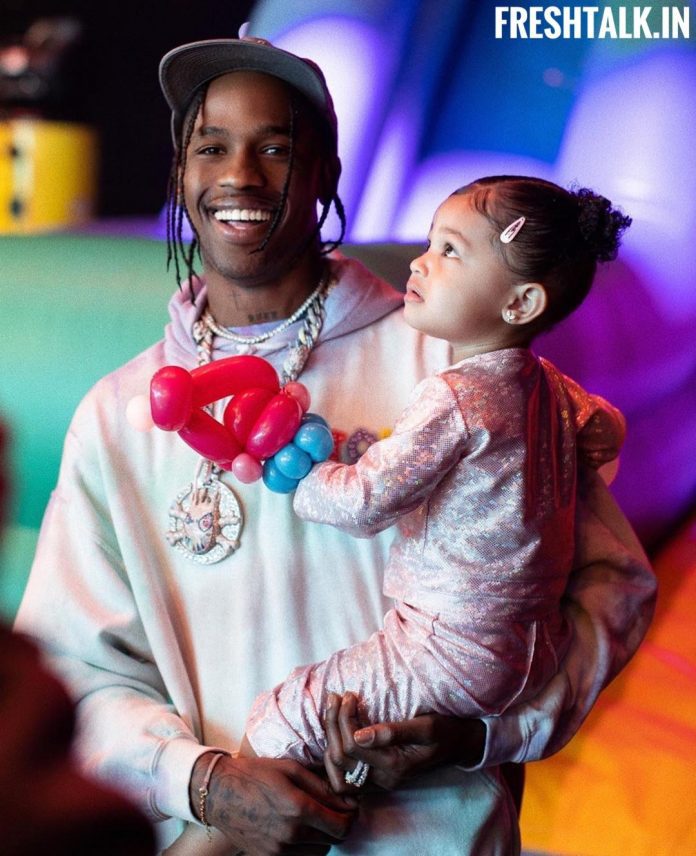 The rapper’s ex and the mother of his 2-year-old daughter Stormi Kylie Jenner sent a heartfelt message to honour Travis Scott on Sunday, sharing two photos of the father-daughter pair on her Instagram Story yesterday.

“Happy father’s day @travisscott the best daddy to our daughter,” the Kylie Cosmetics mogul, 22, wrote along with a photo of Scott embracing their toddler.

Jenner also posted a photo of the father of one, 28, holding hands with his daughter. A day before Father’s Day, Scott shared photos of his quality time with Stormi on his Instagram Stories.

“Kylie and Travis get along. They enjoy hanging out with the same people. And they obviously spend a lot of time together with Stormi,” the insider said.

“Being co-parents seems to be working out better than before for them than being in a romantic relationship,” the source added.

From taking their daughter to Walt Disney World together ahead of her second birthday to celebrating at her extravagant StormiWorld 2 bash, the two certainly seem to have co-parenting down pat — and mutual respect for one another.

As the rapper turned 28 in late April, Jenner celebrated the occasion on social media, posting a photo of the couple from their 2018 GQ shoots on her Instagram Story. “Happy birthday @travisscott!!!!” wrote the Kylie Cosmetics mogul. “Stormi’s parents!!!!!!!!”
Later in the day, Jenner dedicated a sweet slideshow in Scott’s honour on Instagram, praising him as “daddy of the year.”

Kylie Jenner’s recent photograph in blue dress is making us swoon, Check here for the post