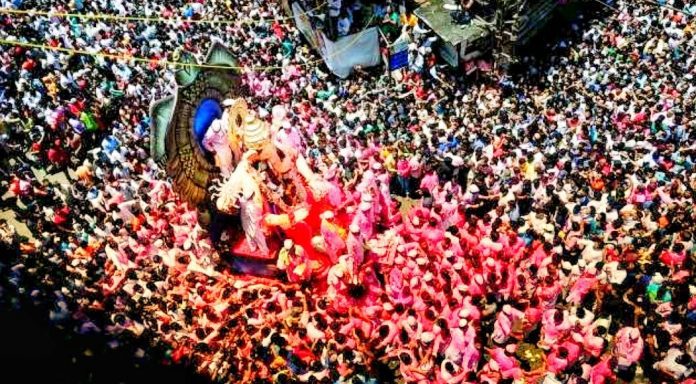 The Ganeshotsav Mandal has stated to cancel Ganeshotsav that has been in practice for the past 86years for the year 2020 due to the prevailing Covid-19 pandemic all over the country and instead a blood and plasma donation camp will be set up to serve the nation, “Instead of celebrating Ganeshotsav in a grand way, Labaughcha Raja Mandal will donate the amount to CM’s Relief Fund. We will also felicitate families of martyrs who have lost their lives at LoC and LAC,” said the secretary of Lalbaugcha Raja Ganeshotsav, Mandal Sudhir Salvi.

The Mandal also plans to donate a sum of ₹25 lakh to the Chief Minister’s relief fund and also facilitates the police personnel families’ who had lost their lives following their duty within the wake of Covid-19 crisis.

Maharashtra CM Uddhav Thackeray had pre-headedly asked the state for no Mandal and community celebrations this year. The Mandal in its counteract stated there will be celebrating this year as Arogya Utsav and as part, several healthcare programmes are to be held. The Mandal said, “Ganpati festival period will be celebrated as health festival to give priority to plasma therapy to save the lives of more patients and help the families of police personnel who died while fighting the coronavirus battle. A blood and plasma donation camp will be set up for 10 days”.