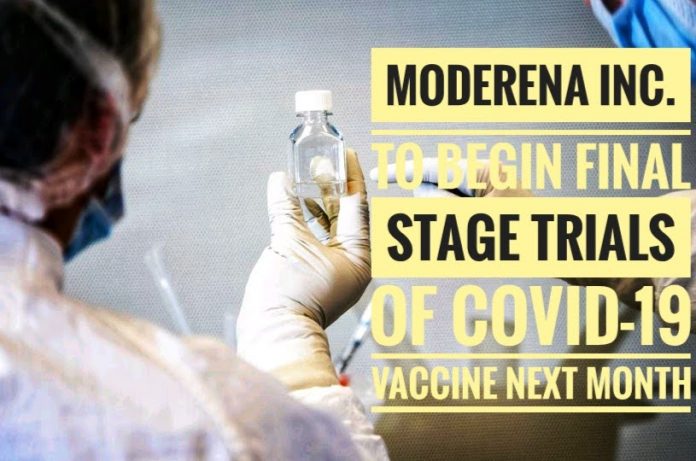 Moderna Inc. Chief military officer Stephane Bancel said efficacy data for its Covid-19 the vaccine could be available as soon as Thanksgiving if everything goes right. The team was in pace for second-stage trials, with final-stage trials set to begin next month on 30,000 people. Moderna will start final phase trials of its investigational vaccine in July at 100μg dose level.

Some will get the important shot and a few a dummy shot, as scientists carefully compare which the group winds up with the most infections.

Moderna’s vaccine called mRNA-1373 prevents the production of the protein which normally allows the virus to connect to the cell. By doing so, it limits the ability of the virus to enter cells in the first place, preventing the disease from developing and allowing the body’s immune
system to destroy the virus.

Moderna is an American biotech company focused on drug discovery and drug development based exclusively on messenger RNA. The vaccine m-RNA1373 is showing advanced stages with 45 patients showing promising results at its phase one test. Phase two reveals an increase of antibodies in the patients. After the third trial, the team is set for mass production as early as September with an estimate to complete 1 billion does by 2021.