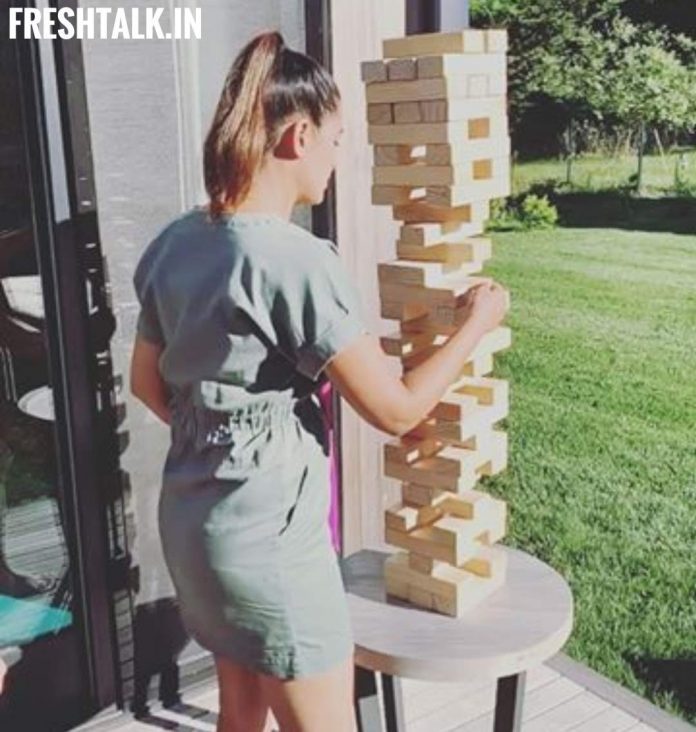 In Bollywood, many foreign actresses have also tried their luck. While some actresses achieved success, there are few who could not stay longer in Bollywood. One such actress is American actor and model, Nargis Fakhri. She started her career from a Hollywood movie ‘spy’. Her first film in Bollywood was ‘Rockstar’ for which she was nominated in Filmfare Award for Best Female Debut.

Some other films in which she played her roles are Madras Cafe, Main Tera Hero and Houseful 3. Recently, Nargis posted a photo on social media in which she can be seen playing Jenga. In her post, she wrote that you should try again and again to make a tower with wooden blocks until you succeed.

It was rumoured that after the long-time relationship with Uday Chopra, she got separated from him. As per reports, the actress had left India after a break-up and is currently living in New York.