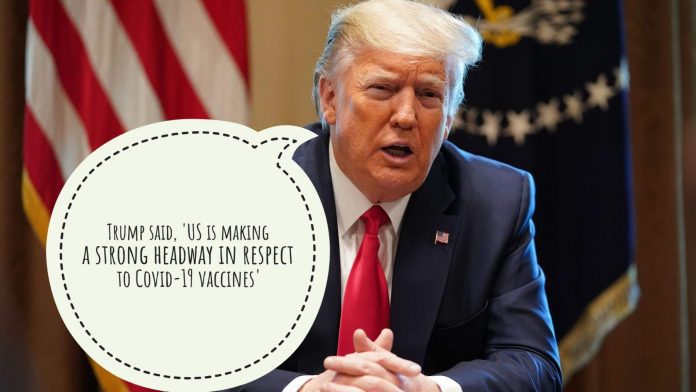 In an interview on a roundtable in the white house, Trump mentioned that the US is making strong headway with respect to cure and therapeutic way. Though the bars have been very high. But he personally has been keeping a check on the “people” who are making the vaccines. He acknowledged the doctors and scientists as “people” and calls them smart and good people.

Apparently these people have been successful before in other fields also.

During the interview, he openly criticizes China for being the reason behind the Pandemic and how china shouldn’t have let it happen but it did happen. And the whole world is suffering because of it.