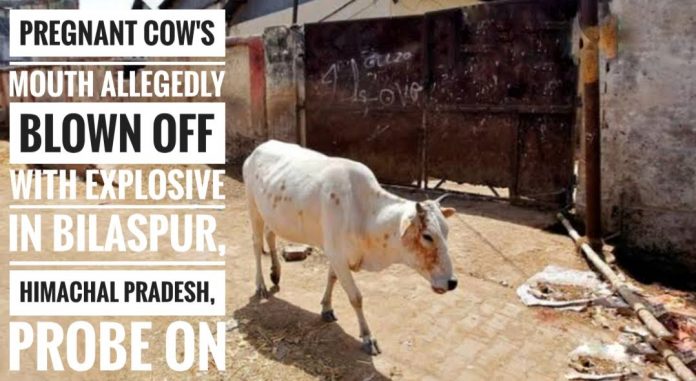 How Lockdown is bringing out the worst in humans

The nation has gone on a standstill since the government has announced a nationwide lockdown as a measure to prevent the deadly virus Corona from spreading further. As many took it as an opportunity to enhance their skills and find new areas of interest, many others have not been taking it to relax and reinvent. While the reported cases in domestic violence and other crimes increased, not just humans but animals have also started to be subject to human violence. Each day, a new horror has started to creep up in the tabloids.

In Jhanduta region of Bilaspur district of Himachal Pradesh, a pregnant cow’s mouth was allegedly blown off with an explosive while it was grazing at a field. In a video showing the cow’s injuries, it’s owner Gurdial Singh is seeking help from the authorities to catch the monster who did this inhuman act. The owner has also presented a suspect. He states that the suspect, his neighbour has run away after this incident. It is said that the accused wanted to kill the animal for destroying his crops.

The local police have registered a case under the Animal Cruelty Act and are carrying on with the investigation. The incident occurred 10 days ago and still, no appropriate action has been taken by the respective authorities. This is creating unrest among the people. The cow which was injured will not be able to eat for weeks as the injuries are serious and will take time to heal.

While the lockdown is going on in full swing, several such activities are being reported in various parts of the country. They say tough times bring out the worst in people and in this extremely tense situation of lockdown and corona, it is definitely bringing out the monsters hidden behind colour fabrics and thick sheets of skin. The authorities and animal protection agencies should be more vigilant to prevent such activities and to take strict action against anyone who crosses the line. By making the laws stricter, these harmless creatures can be saved from the hands of reckless humans.