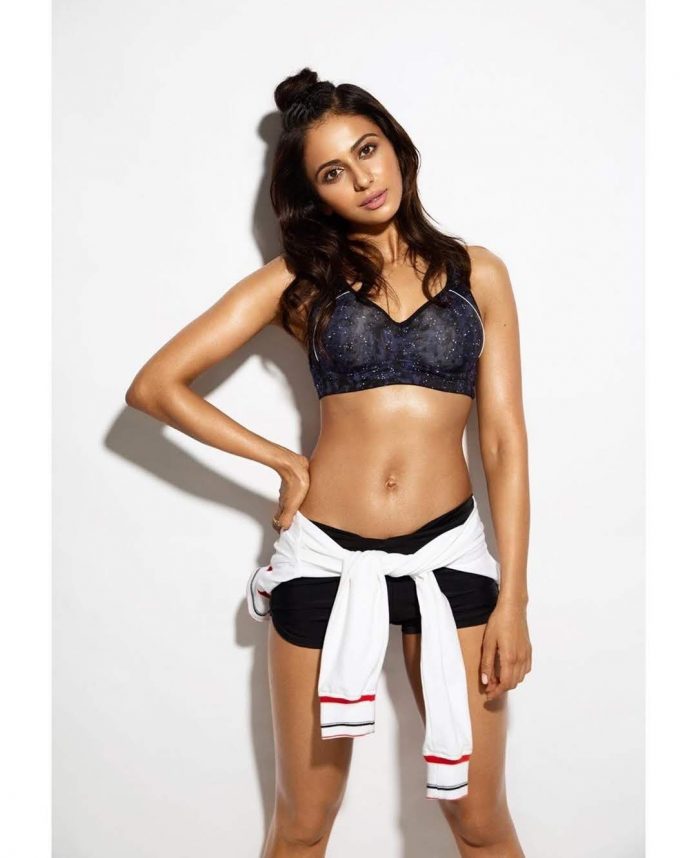 Rakul Preet Singh is an Indian film actress and model who works in the Telugu and Tamil film industries. She starred in few numbers of Hindi and Kannada movies. She was born on 10 October 1990 in a Punjabi family, New Delhi. She did her schooling from Army Public School, Dhaula Kuan and later studied Mathematics at Jesus and Mary College, University of Delhi. Her father was an army officer. When she was in college she started her career as a model. she made her acting debut in the Kannada film Gilli (2009). In 2011 she participated in the Femina Miss India pageant, and placed fifth and won five pageant titles including People’s Choice Miss Indiatimes, Pantaloons Femina Miss Fresh Face, Femina Miss Talented, Femina Miss Beautiful Smile and Femina Miss Beautiful Eyes.

Then she decided to become a full-time actress making her first Telugu debut film Keratam and in Tamil Thadaiyara Thaakka. In 2014 she acted in Bollywood movie Yaariyan got huge applause for her performance. She also acted in films like Venkatadri Express, Current Theega, Rough, Loukyam, Kick 2, Sarrainodu, Nannaku Prematho, Dhruva, Spyder. In 2017, she became the brand ambassador for Beti Bachao, Beti Padhao programme by Telangana State Government in 2017.

She is a very fitness freak and started to maintain Gym on her own. During this lockdown, she posted a picture of her doing Yoga expressing how she missing her gym and yoga classes.