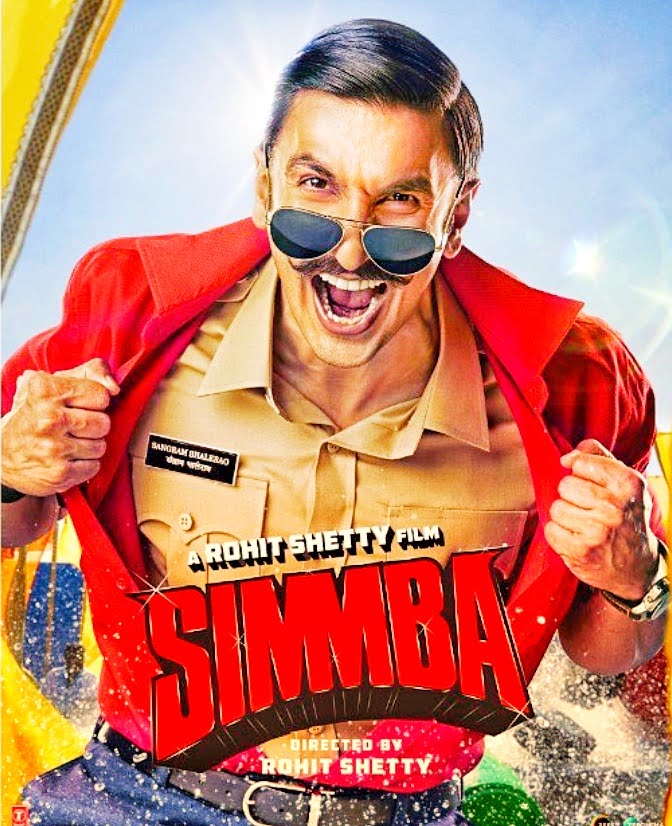 The whole world had come to a pause due to the coronavirus pandemic but life is resuming gradually. Everything from the theatres to shopping malls had come to a full stop. Even the shooting of many upcoming movies was stopped completely and the movies to be released the theatres was released by sites like Netflix and Amazon prime one such recent being as Ayushmann’s Gulabo Sitabo.

In such a situation many countries outside India have decided to re-release some movies of Bollywood as in the United Arab Emirates, Ayushmann’s Dreamgirl and Akshay Kumar’s Good Newz.

Simba was a fun movie to watch, it included comedy, thrill, suspense and a perfect combination of action, as every Rohit Shetty’s movie does. I mean how could we not expect action in his movies.

It also has Sara Ali Khan as a co-star and was a remake of the Telugu’s Timber.

This movie had made rs350 crores worldwide and was Ranveer’s biggest blockbuster.

The movie was about Ranveer Singh being a corrupt cop and involved many twists and turns of how he changes himself.

Ranveer Singh acting was appreciated like in almost every movie. It was said that this versatile and talented actor also left behind Singham’s Devgn. And the only man who could have made this movie a blockbuster hit was Ranveer Singh only.

Truly, he deserved all the appreciation he got.

There are many Indians residing in Australia and re-releasing this movie post lockdown would be more than perfect. It was a super-duper hit and it could be watched over and over again. We really are looking forward to its re-release. Also, it would be a proud moment for Bollywood also as it is increasingly gaining fame and heights around the world even during such a pandemic.

Let’s get ready to enjoy this comedy romantic thriller once more.

The movie will be re released on July 2 , 2020 and the theatres will reopen in Australia with some set of rules and regulations too.

For the safety of audiences, there will be some strictness in the theatres but we will get to enjoy the movies as we used to so why not?

What’s your excuse to not watch it again?

Ranveer Allahbadia aka beerbiceps shares his story with his fans and aware them about mental health, watch the video here