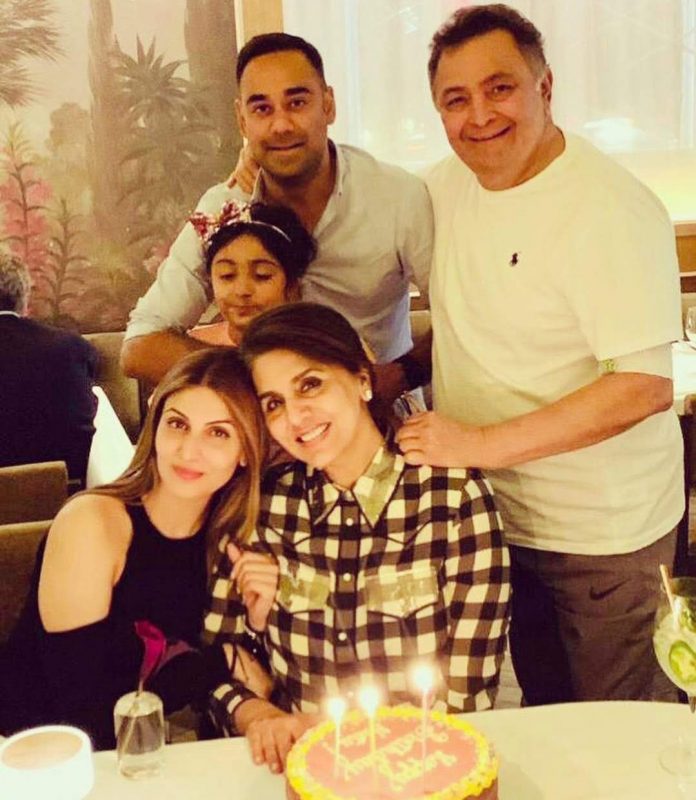 Today, it’s the 4th September and it’s the Birthday of our legend Mr Rishi Kapoor. Unfortunately, he is no more with us but the whole nation is missing him even more today.

Rishi Kapoor an iconic millennial star of our nation passed away on April 30 due to leukaemia. The actor was diagnosed by the Leukaemia in the year 2018 and went to New York City for his treatment and came back fit and healthy in the year 2019. But on the 29th April, he was admitted to the Sir H.N Reliance Foundation Hospital due to breathing difficulties.

The actor has 2 children, Ranbir Kapoor and Daughter Riddhima Kapoor Sahni. She is an entrepreneur, jewellery designer and also a model. She married her classmate businessman Mr Bharat Sahni in the year 2006.

Bharat Sahni is the owner of the Wear Well India private limited- a Textile export company based in New Delhi. He founded the company in the year 2002. In 2019, he even got the Global spa magazine’s fit and Fab festive award.

On the day Of Rishi Kapoor’s birth anniversary, the whole nation and Bollywood is missing him and also wishing him a Happy Birthday. Mr Bharat Sahni also shared a picture with the family on Instagram.

The feelings which he poured out became transparent and the whole nation could see how much he misses his father in law- Rishi Kapoor. The picture, he shared with us was from a throwback trip where they all looked happy and healthy. It was purely a family picture stating Neetu Kapoor, Rishi Kapoor, Bharat Sahni, Riddhima Kapoor Sahni and even their daughter. He even wished the late actor a Happy Birthday as he poured out the heart and shared this picture with us.

He wrote, “HBD, we miss you”. Even his Daughter Riddhima Kapoor Sahni shared a picture on her Instagram account with a broken heart and with some beautiful pictures of them, we all miss Mr Rishi Kapoor as he will be the icon and will always be remembered. Happy Birthday, Rishi Kapoor.