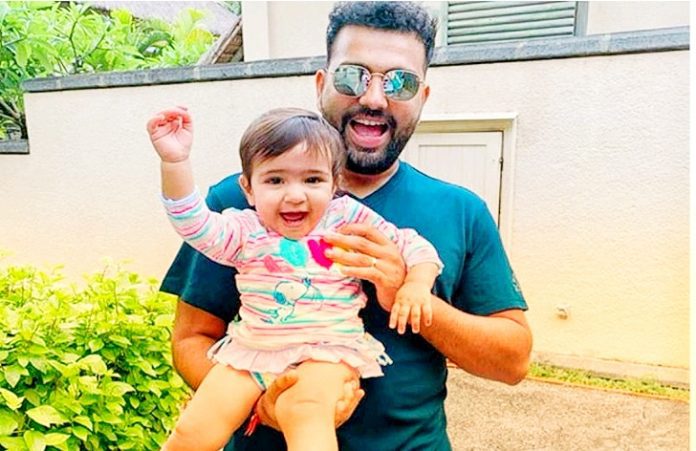 Indian cricket team player, Rohit Sharma is one of the greatest batsmen in the world who has given outstanding performance in India as well as in other countries. He has made many records and helped Indian cricket team many times to win the match. Recently, Rohit took to his Instagram handle and shared a picture of his beautiful daughter, Samaira. In the picture, he is teaching his daughter to avoid plastic straws while drinking Munchkin in the morning and also expressed his love for oceans. Many netizens liked his post on social media and have commented with love in their own way.

Earlier, Rohit’s teammate, Yuzvendra Chahal had also shared a picture on social media in which he had said that he doesn’t need any superhero as he has Rohit Sharma, his Big Brother. Rohit Sharma is married to Ritika Sajdeh which is also an Indian Sports Manager. In her post some days ago, she had revealed habits of Rohit Sharma that she doesn’t like. Apart from cricket, Rohit also works for the welfare of animals and is also a member of PETA.