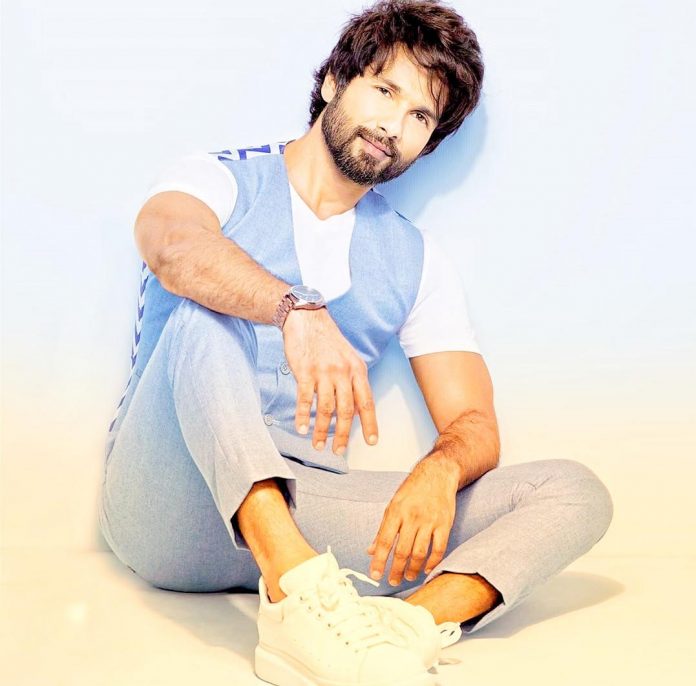 Shahid Kapoor is a famous very famous actor in Bollywood industry. Along with appearing in films, Shahid has worked in many music videos and TV commercials. He has been working in Hindi films for a long time. Along with onscreen, they remain a topic of discussion because of their off-screen life. He is also known for his dance moves and is also recognized as a good dancer in Bollywood. With this, he is also very popular for his fitness.

Recently he shared a glimpse of a gym bicycle as his Instagram story and mentioned “NEW FAV” with the picture. Looks like this gym bicycle is his new favourite fitness gear.

Shahid Kapoor was born in Delhi. His father’s name is Pankaj Kapoor, who is a famous film actor. His mother’s name is Neelima Azim. He has 3 siblings – Sana Kapoor, Ishaan Khatter and Rouhan Kapoor. Shahid Kapoor is married to Meera Rajput in the year 2015. Shahid has 2 children, daughter’s name is ‘Misha’ and son’s name is ‘Zain’.

Shahid’s film career started with the film ‘Ishq Vishk’ in 2003 as the lead actor. He also received the Filmfare Award for Best Debut Actor for this film. The film was also appreciated. After this film, Shahid worked in many films. He was well-liked in the films ‘Vivah’ and ‘Jab We Met’ and became more and more popular among the girls, his career has been very volatile but he never gave up. Shahid’s major films are Vivah, Jab we met, R Rajkumar, Padmavat, Haider and Kabir Singh. In the movie Kabir Singh, his looks and physique were much appreciated by his fans.

Talking about his fitness Shahid Kapoor says that going to the gym does not mean creating a six-pack and a muscular body. Shahid says that it is important for fitness that there should be a shape of your body, which should always be maintained. This is the reason that Shahid sweats in the gym every day for hours so that he can stay fit. Along with this, he is also able to control his body weight.

Shahid Kapoor believes that good fitness and lifestyle is very important that you stay in the discipline and complete it. Meaning the fans of Shahid Kapoor continue the workouts without any carelessness to keep themselves fit. Missing exercise for even one or two days can drain your months of hard work. So be regular for good fitness.